Weathering the storm. Sienna Miller opened up about her “public heartbreak” in the wake of her ex-fiancé Jude Law‘s 2005 cheating scandal.

The 21 Bridges star, 38, recalled the turmoil she faced in the aftermath of his affair during an interview with The Daily Beast on Friday, December 4. At the time, the U.K. native was performing in a production of William Shakespeare’s play As You Like It on the West End.

“That was one of the most challenging moments I hope I’ll ever have to experience,” she said. “Because with that level of public heartbreak, to have to get out of a bed let alone stand in front of 800 people every night, it’s just the last thing you want to do.” 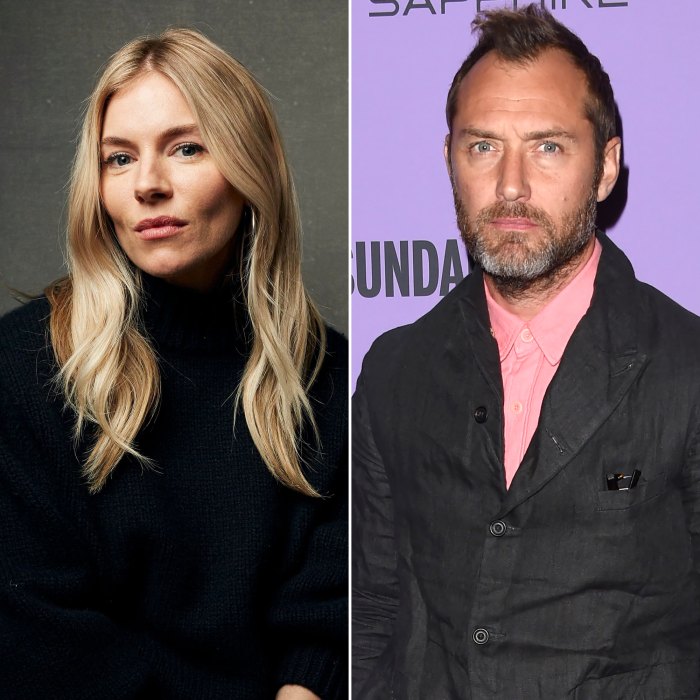 Miller added, “It was really hard. And the other thing was, it was at the height of all that paparazzi madness, and in London where there was an epidemic of bad behavior. They knew where I would be every night.”

The Factory Girl star said that the time period was so stressful for her that she blocked it from her memory.

“There’s a whole six weeks of that experience that I don’t remember,” Miller explained. “I have no recollection of it. People who came to see me said we had dinner, and I don’t remember. I was in so much shock over it all. And I’d really just begun. I was only 23. But if you get through that, you feel like you can get through anything.”

Miller and Law, 47, met while costarring in the 2004 film Alfie. The pair got engaged on Christmas Day of that year. In July 2005, Law issued a public apology to Miller for having an affair with his children’s nanny.

“Following the reports in today’s papers, I just want to say I am deeply ashamed and upset that I’ve hurt Sienna and the people most close to us,” Law said in a statement to the British Press Association at the time. “I want to publicly apologize to Sienna and our respective families for the pain that I have caused.”

Miller and the Fantastic Beasts: The Crimes of Grindelwald star split in 2006 but rekindled their romance in 2009. The pair called it quits for the second time in 2011.

Law was previously married to Sadie Frost from 1997 to 2003. The former couple share children Rafferty, 24, Iris, 20, and Rudy, 18. The Holiday star is also the father of daughter Sophia, 10, whom he shares with his ex-girlfriend Samantha Burke. Law and ex Catherine Harding are also the parents of 5-year-old daughter Ada.

The Sherlock Holmes star married Phillipa Coan in May 2019. The couple welcomed their first child together in September.

Miller, for her part, dated actor Tom Sturridge from 2011 to 2015. The pair share 8-year-old daughter Marlowe.

The actress moved on with Lucas Zwirner, whom she was first linked to in December 2018. Us Weekly confirmed in February that the duo were engaged. However, the pair called it quits on their relationship in September.