Just a friendly hangout! Despite being spotted with Jason Oppenheim in October, Sharna Burgess is not dating the Selling Sunset star — and the reason is simple.

“A mutual friend set us up. We went on a lunch date, and then we were just friends. We got snapped in a photo and I guess he’s been asked in interviews, and it’s a very, very funny thing,” Burgess, 35, told Us Weekly exclusively on Monday, December 7, while promoting her work with EBY and Deepak Chopra’s Love in Action initiative. “Great guy, but there wasn’t that connection there.”

While she got along great with the realtor, 43, the two have a strictly platonic relationship. 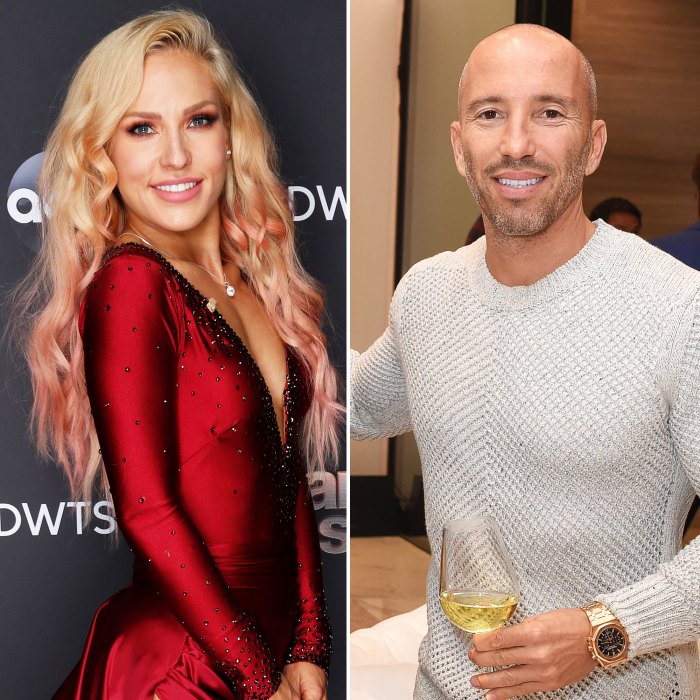 That said, she may have found “that soulmate stuff,” sharing with Us that she’s no longer single. The Australia native revealed she’s just started dating someone new — and it’s not at all what she was expecting.

“I’ve been on so many social distancing dates — it was, like, let’s go to the park and get our separate blankets and sit six feet apart and do all those sorts of things and get to know each other. And it’s been really awesome,” she said, before spilling the details. “I am not on the market anymore, but it’s very new!”

The Burn the Floor alum also noted that while she and her mystery man still “dating” and not “calling this a relationship yet,” it could be the real thing.

“How funny would it be if I actually found the love of my life during a pandemic?” the DWTS season 27 winner said. “I thought that when I met someone, I would be, like, screaming it from the mountaintops … It’s almost the opposite. I want to hold it close to me for just as long as I can to stay in this space and just enjoy that human for as much as I can.”

She added that the pair were set up by a mutual friend and she’s hopeful for the future, telling Us, “It feels different to all the rest of them! I’ll say that much.”