Serious Sam 4 Is Out Today On PC, Rekindling The Spark Of This Classic Franchise

After a few delays, Serious Sam 4 is out today. PC users can now finally get their hands on the latest addition to a franchise that began almost 20 years ago.

The game is developed by Croteam (the very same Croatian studio that developed Serious Sam: The First Encounter) and published by Devolver Digital, a publisher on top of the year right now.

This story trailer from Croteam came out a couple of days ago and gives a good insight into what to expect from the newest Serious Sam game – chaos. Total chaos. Just as it should be.

If you’re a fan of the franchise, Serious Sam 4 seems to tick all the boxes. The graphics are on-point in a very Serious Sam fashion – the monsters and environments look amazing, and the characters look like something from the PS2 era.

The game is ripe with nostalgia. Anyone who played the older games many years ago will definitely get a kick out of the music, atmosphere, and the huge boss fights.

Sam is as sharp, short, and as 2000s as ever. You’ve got to accept the slightly cheesy dialogue – it’s all part of the experience. It’s definitely a hark back to a classic type of game. 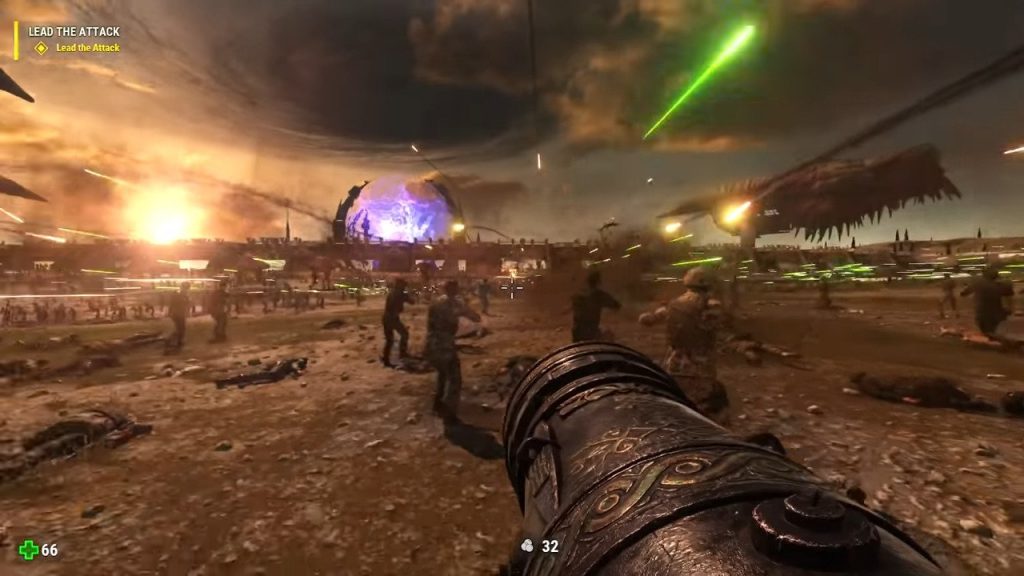 Some of the footage from pre-release versions is already out and the game looks like Serious Sam on a whole new scale. The very first mission involves a massive battle against an alien horde with a few familiar faces as well as new additions to the universe.

The gameplay is fast-paced and hectic. It’s also not easy. If you never played the older Serious Sam games you should know that part of the game is that you’ll probably die a lot. Health packs are dotted around all over the place, but they’re not too generous.

You could compare it to Doom, but it’s not quite the same once you look past the aliens and fast-paced gameplay. Serious Sam has always been in its own special class of weirdness and gameplay.

Whether you’ve played the previous games or not, this game is likely worth trying out if you’ve enjoyed the trailers/gameplay. It’s likely good enough to encourage a new generation of fans.

Serious Sam 4 is out on PC today (available on Steam) and will also release on Google Stadia. A console release for PlayStation and Xbox is planned for 2021.

Read More: Serious Sam 4 Is Out Today On PC, Rekindling The Spark Of This Classic Franchise