Always a fan. Selena Gomez praised Demi Lovato‘s musical talent following the release of her former BFF’s new song “Still Have Me,” which she penned in the wake of her split from Max Ehrich.

The “Rare” singer, 28, named-dropped Lovato, also 28, when she shouted out her favorite songwriters in a video for Google published on Wednesday, September 30.

“I think we have some of the best lyricists in the game right now,” Gomez said. “Dua [Lipa] and Ariana [Grande], Taylor [Swift], Demi — these artists are just lifting up the game with their lyrics. It makes me so happy.”

One day earlier, Lovato announced the release of her song “Still Have Me” days after news broke that she had called off her engagement from Ehrich, 29.

“Music is always there for me … song in the am,” the Sonny With a Chance alum tweeted.

Us Weekly confirmed on September 24 that Lovato and the Young and the Restless alum had ended their six-month romance. The pair met earlier this year before Ehrich began quarantining at Lovato’s home amid the coronavirus pandemic. The Pregnancy Pact star proposed to Lovato on a beach in Malibu two months later.

Ehrich claimed via his Instagram Story on Saturday, September 26, that he found out about their breakup “through a tabloid” while filming the movie Southern Gospel in Atlanta.

A source told Us on Wednesday, “He’s still just trying to figure out what happened with Demi.”

A second insider told Us that Lovato is doing well following their split. “Demi’s feeling a sense of relief after seeing Max’s true colors,” the source said. “She’s in a really good place and already jumping right back into work and spending time with friends and family.”

Lovato met Gomez in 2002 on the set of Barney and Friends. The pair’s tumultuous friendship made headlines over the years as they both skyrocketed to fame on Disney Channel. Despite their falling out, Gomez supported her former pal’s emotional Grammys performance of “Anyone” in February. The Camp Rock star wrote the song just four days before her near-fatal overdose in July 2018. 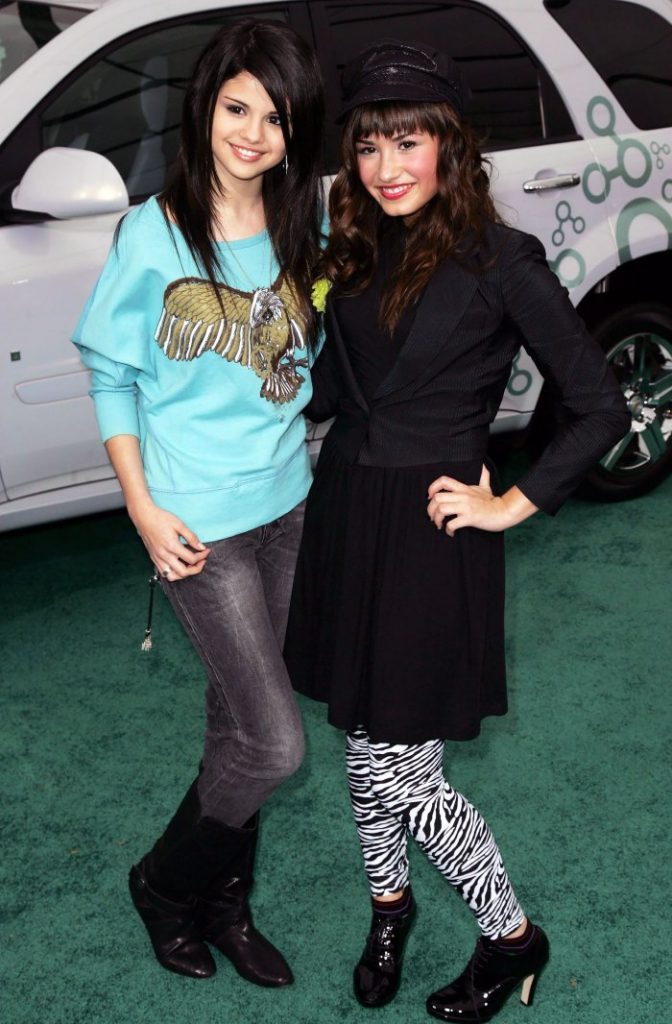 “I wish there were words to describe how beautiful, inspirational and DESERVED this moment was,” Gomez wrote in an Instagram Story at the time. “Demi, I’m so happy for you. Thank you for your courage and bravery.”

Lovato told Harper’s Bazaar in April that she hasn’t repaired her relationship with the Wizards of Waverly Place alum.

“When you grow up with somebody, you’re always going to have love for them. But I’m not friends with her,” she explained.

The “Get Back” singer later paused when asked about Gomez’s shout-out to her after the Grammys.

“[The Instagram post] felt …” Lovato said before stopping herself. “I will always have love for her, and I wish everybody nothing but the best.”