A walk down memory lane! Amanda Seyfried revisited her pregnancy on Thursday, October 1, after secretly welcoming her son.

“Another Sweet Before #tbt,” the actress, 34, captioned an Instagram photo with her husband, Thomas Sadoski. The Mamma Mia! star wore an orange sweatshirt in the social media upload, pulled up to show her bare baby bump.

The Pennsylvania native went on to share sweet shots of her infant cuddled up to their family dog. “Boys,” she captioned her Instagram Story. “Oh, s–t, it gets cuter. Jesus.”

Another sweet Before #tbt

The pictures came two days after Seyfried first showed her followers a look back at her budding belly. “The Before,” she wrote alongside a Tuesday, September 29, Instagram photo of her 3-year-old daughter touching her stomach.

She and Sadoski, 44, revealed on Monday, September 28, that they’d welcomed their second child. “Since the birth of our daughter 3 years ago our commitment to the innocent children that are so brutally affected by conflict and war has been a driving force in our lives,” the couple wrote in a statement to INARA at the time. “With the birth of our son, the work of INARA and War Child has become our North Star.”

The pair previously welcomed their baby girl in March 2017, two weeks after their California nuptials.

While they have yet to share the toddler’s name, the Newsroom alum exclusively told Us Weekly in November 2019 that the little one “is obsessed with music.” 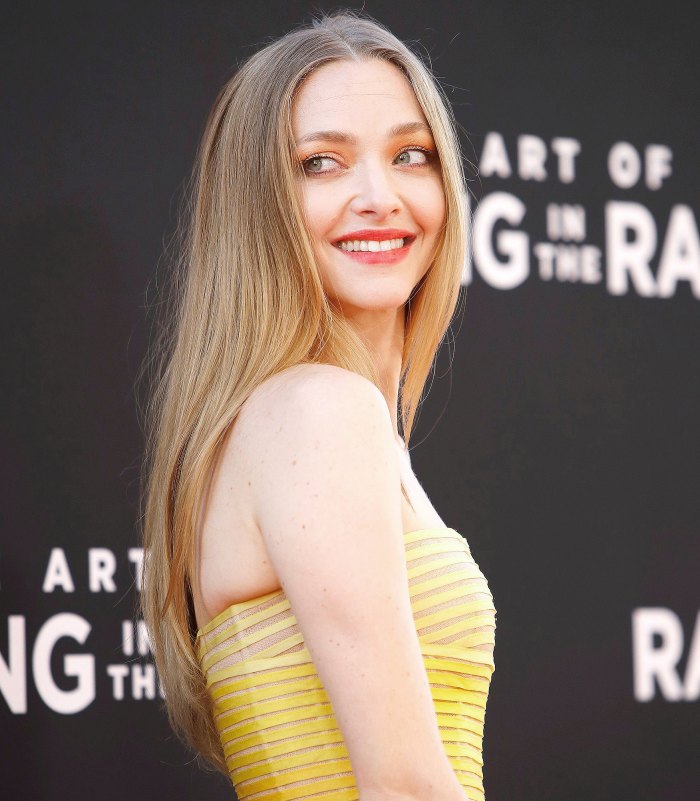 The Connecticut native explained at the time: “She’s got great rhythm. She’s got great pitch. It’s amazing. … She’s going to be whatever she wants to be, and I’m going to give her that choice. She’ll tell me, and I’ll support her all the way. Whatever her calling is, whatever’s going to make her happy.”

Sadoski went on to say that his daughter may not follow in Seyfried’s footsteps, explaining that she’s content being a “plugged-in imagination unit” for now.

“She’s all about creating these imaginary worlds where all the different animals are pink and they all live happily with each other and they sing fun songs,” the actor gushed to Us. “It’s incredible. It’s wonderful to be around.”