“I really chalked it up to screen fatigue because my kids didn’t have a lot of access to devices [before the coronavirus pandemic],” the actress, 43, said during a Thursday, October 1, Today show appearance. “All of a sudden, they’re thrown into this world where they’re on Zoom for school and the only way they can connect with their friends afterwards is to continue on these devices. It was not something my kids were used to.”

The New York native, who also shares daughter Charlotte, 11, with her Scooby-Doo costar, 44, went on to say that she noticed Rocky blinking heavily and had his eyes checked. 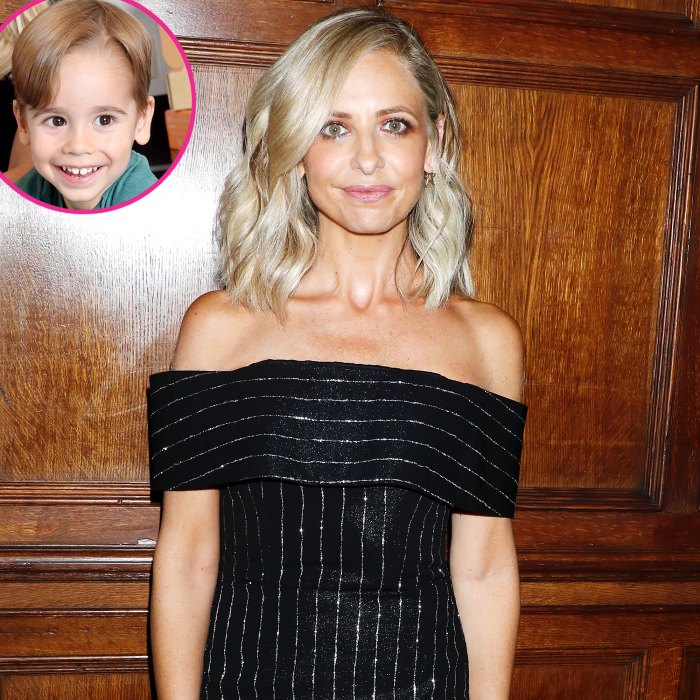 “They said not only did he have myopia — the common term is nearsightedness — but it was progressing extremely rapidly,” Gellar added.

Since her youngest child is hesitant about wearing glasses because he plays sports, Rocky will be trying out contact lenses instead.

Gellar and Prinze Jr. have expectations “higher than most” parents while raising their two kids, the couple exclusively told Us Weekly in February. One of their strictly-upheld rules was “no phones at the dinner table.”

The Buffy the Vampire Slayer alum explained at the time: “We have [family dinner] as many nights as we can. We sit, we all have dinner together.”

Rocky is “oblivious” to her and the actor’s fame, while Charlotte has “finally” figured it out, she said. “I think for the longest time she thought I had my hair and makeup done for a job. Which by the way, if that’s a job, that’s great job. … Now I think she understands it, and she understands why people notice us or what those things are.”

Last month, the Cruel Intentions star and the actor celebrated their 18th anniversary of marriage. “You … are my favorite husband. #happyanniversary,” Gellar captioned her September Instagram tribute.

Their close bond “takes work,” she exclusively told Us in September 2019. “You have to call and check in and dedicate that time, and most people aren’t willing to put that work in. So to have a successful relationship, whether it’s marriage, whether it’s friendship, whether it’s business, you have to put the time, if you want to see the results.”