The workout can wait, apparently! Ryan Phillippe went for an outdoor run on Saturday, October 24, and stopped along his route to take a jab at Ellen DeGeneres.

“And remember to be kind…. Wait,” the Shooter alum, 46, captioned a sweaty selfie on his Instagram Story in front of a billboard promoting The Ellen DeGeneres Show. 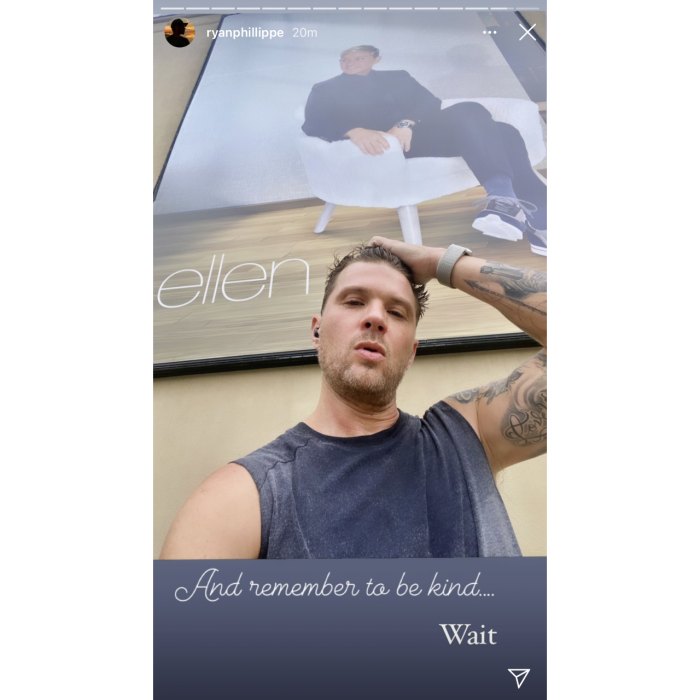 Phillippe has not appeared on the talk show since 2011. His ex-wife, Reese Witherspoon, with whom he shares daughter Ava, 21, and son Deacon, 17, has been friends with DeGeneres, 62, for years and most recently sat down with the TV host in March.

Rumors about DeGeneres being mean off the air have circulated in Hollywood for years, but the speculation ramped up in July after BuzzFeed News published back-to-back reports portraying her show as a toxic workplace. WarnerMedia subsequently launched an internal investigation into The Ellen DeGeneres Show.

The Emmy winner addressed the backlash for the first time in a memo to employees in late July, writing in part, “On day one of our show, I told everyone in our first meeting that The Ellen DeGeneres Show would be a place of happiness — no one would ever raise their voice, and everyone would be treated with respect. Obviously, something changed, and I am disappointed to learn that this has not been the case. And for that, I am sorry. Anyone who knows me knows it’s the opposite of what I believe and what I hoped for our show.” 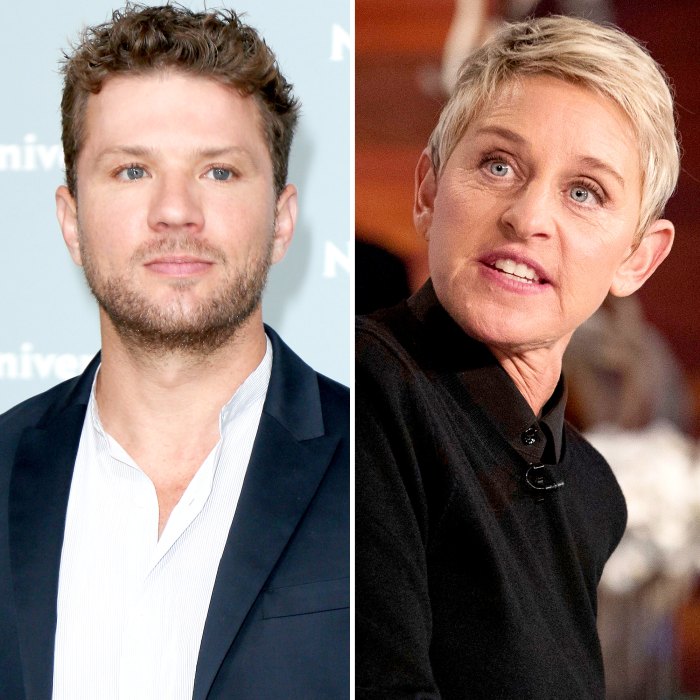 Us Weekly exclusively reported in August that producers assured staffers in a video call that “Ellen is not giving up and the show will go on.” DeGeneres led a second call later that month, in which she “admitted to being multilayered and said she has good days and bad days,” according to a source.

The Biggest Talk Show Controversies and Feuds Ever Read article

“She said she’s not on set as much as everyone else, and she didn’t know what was going on,” a second insider told Us at the time. “Ellen said she was ashamed and embarrassed to hear about it and assured [her staff] it would not continue.”

When The Ellen DeGeneres Show returned in September, the comedian kicked off the season 17 premiere by talking to viewers about her scandal-plagued summer.

“I know that I am in a position of privilege and power, and I realize that with that comes responsibility. And I take responsibility for what happens at my show,” she said. “This is The Ellen DeGeneres Show.”