Being honest! Ryan Gosling shared his opinion on The Gray Man costar Chris Evans’ facial hair — and he didn’t hold back.

In the Netflix film, which was released on Friday, July 22, the La La Land star 41, mocks the Captain America actor, 41, for sporting a mustache that his character labels a “trash stash.” After quickly becoming one of the movie’s most memorable moments, Gosling was asked about his real feelings regarding Evans’ controversial look.

“Those were my real thoughts,” the Mickey Mouse Club alum quipped without hesitation when speaking with The Hollywood Reporter at the July 13 world premiere of the film.

The action flick, which was directed by brother duo Joe Russo and Anthony Russo stars Evans as ex-CIA agent Lloyd Hansen, who does everything in his power to kill his former colleague Court Gentry, portrayed by Gosling. The film also stars Ana de Armas, Regé Jean-Page and Dhanush. 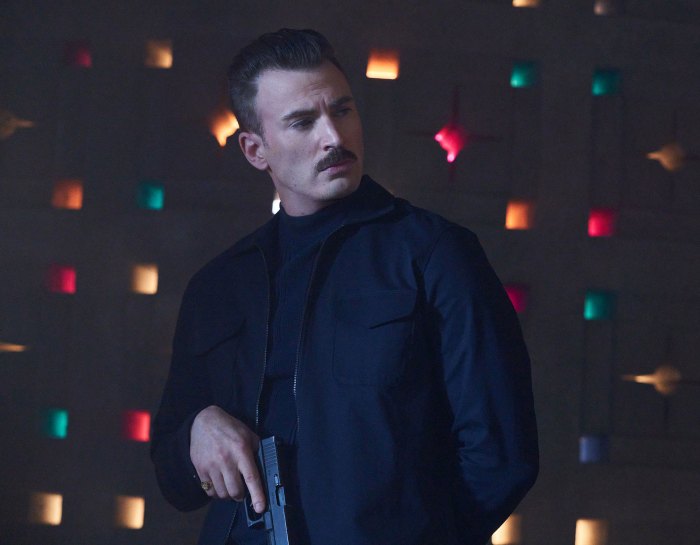 The Drive star isn’t the only person turned off by the style choice. Fans quickly took to Twitter after watching the Netflix thriller to share their own feelings about the ’80s-style whiskers.

“I feel better knowing Chris Evans had that mustache for a role and not because he thought it looked good,” one person tweeted on Tuesday, July 26. “I’m scared to watch The Gray Man bc of Chris Evans’ mustache,” another replied.

While promoting the movie, Gosling explained that the most challenging part of the movie wasn’t Evans’ mustache — it was getting used to all the action sequences.

“It was an insane amount of action,” he shared to E! News’ Daily Pop in July. “I’m new to the action world. I’ve done films that have action in it, but like one or two sequences. I guess in most action films, there’s like four or five. This had nine.”

Armas, 32, quickly fired back at her costar, praising him for his work. “Ryan, he doesn’t wanna admit it. He wants to say that he’s not good at action, but he can’t fool anybody. He’s amazing,” she said.

The Gray Man isn’t Gosling’s only recent buzzworthy flick. The actor is currently filming Barbie opposite Margot Robbie, slated to premiere in July 2023. Gosling will portray the iconic Ken doll in the film — something longtime partner Eva Mendes supports wholeheartedly.

“She’s been very supportive. She’s supporting my Kenergy,” he told PopSugar UK earlier this month. “She started a hashtag, #ThatsMyKen, which meant a lot to me.”

In June, Mendes, 48, revealed that she got to keep a pair of underwear Gosling wore as Ken during an episode of The Talk. “I saw the photo and the 14-year-old in me was like, ‘Ahhhhh,’” Mendes gushed of her beau.