Taken! Ryan Cabrera and WWE star Alexa Bliss announced their engagement after one year of dating.

“Tonight was the best night of my life!!!” the singer, 38, captioned a Sunday, November 15, Instagram Story photo of himself proposing. “And it’s just the beginning!!!” 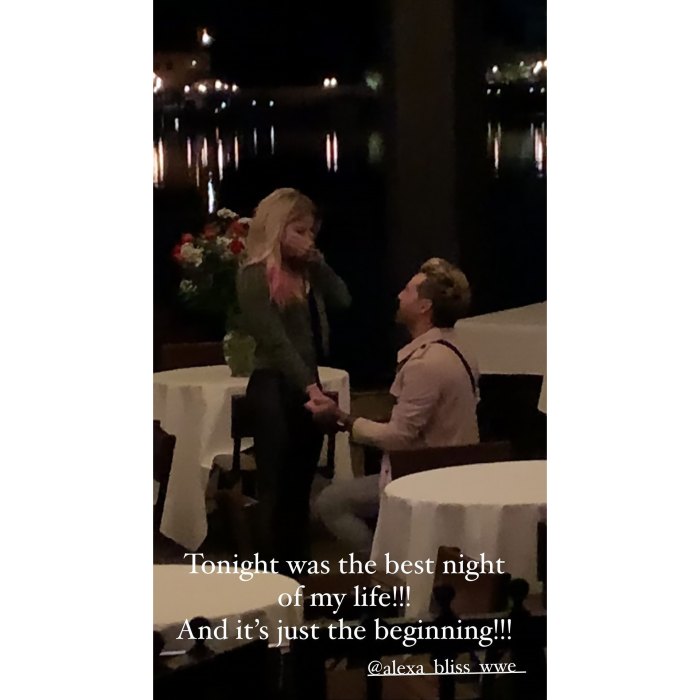 Bliss, 29, shared the same shot on her Instagram account, gushing, “One year ago we said hello, tonight I said YES @ryancabrera.”

Cabrera got down on one knee in what appeared to be a restaurant as the professional wrestler (real name Alexis Kaufman) looked on in surprise.

The couple began dating after meeting due to speculation about their love lives. “It’s funny how we met. We met because of a rumor that we were dating,” Bliss explained during an appearance on “The Bellas Podcast” in August. “When TMZ put that out, we were friends then. You know how WWE fans are? They are very passionate and into our personal lives. He was liking some of my tweets, and a fan saw that and started a whole Instagram that we were dating and tagged everyone in the company.” 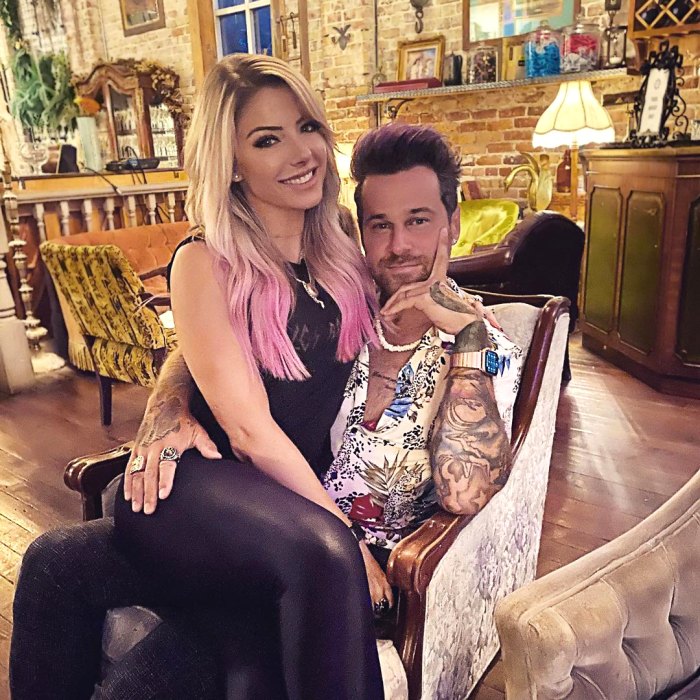 Cabrera ultimately invited Bliss to one of his concerts, and the rest is history. “After the show, he said, ‘We are all going to go out and have some drinks and dinner,’ and asked if I would want to come. I said, ‘You know, it’s late. I should probably get back. It’s like 8:15, so I’m going home,’” she recalled. “We became really good friends after that.”

“I talked to her yesterday. I mean, she’s amazing,” he exclusively told Us Weekly at the time. “We’ve been friends since 2002. You know, obviously, we’ve had an on-and-off-again relationship, but more than that — more importantly between us two — we’ve always just been really, really supportive of each other.”

Cabrera added that it “doesn’t matter” if he and the reality star, 35, are romantic or platonic: “We love each other and that’s where we are. We’ll be friends until the day we die.”