RHOC’s Gina: I Have ‘More Boundaries’ With Sex Than Sean and Braunwyn

Telling it like it is. Gina Kirschenheiter has no regrets after speaking up about the “uncomfortable” text exchange between her and Braunwyn Windham-Burke‘s husband, Sean Burke.

During the October 21 episode of Real Housewives of Orange County, Gina, 36, detailed a conversation she had with Sean, who had reached out to her after a season 14 party. According to the screenshot shared on the Bravo reality series, Sean wrote, “Hi Gina, just checking in all is OK. Braunwyn is asleep, but I got her to the condo first. Anyway, have a good night, and it was great to spend time with you. Oh this is Sean probably should have started with that.” While it may have seemed like an innocent gesture to some, Gina wasn’t thrilled with the message.

“That text message came a year and a half ago, right. I felt uncomfortable by it. I thought it was a little weird,” the New York native told Us Weekly exclusively on Monday, October 26. “I’m coming from a divorce [with] an affair. I have more boundaries with things like that and just sex and everything in general. … And so for me it was more about honesty.” 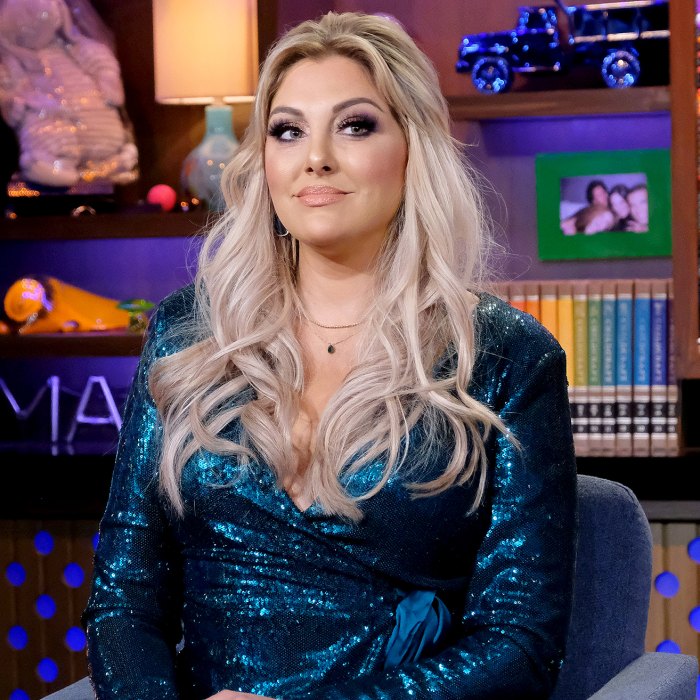 Earlier this month, Braunwyn, 42, shared her side of the story — and told Us exclusively that she was “saddened” to see Gina take the text out of context.

“We went to the tea party last year and we all went out after and we were drinking too much and she was very intoxicated,” the Laguna Beach native explained. “She couldn’t get her own Uber. And so Sean does something nice. He got her, an Uber, got her home, was checking on her and make sure she was safe. And I felt very upset that you took a nice gesture and made it into something else.”

Though Braunwyn’s husband simply intended to make sure everyone was safe after a night out, Gina didn’t appreciate his method of communication.

“He takes my number out of her phone and you know, it’s like, even if he was checking in on me, just text me from her phone, you know?” she said on Monday. “The whole thing I think is … getting a little convoluted. She knew about those text messages. … There were other women who brought it up a couple of times last season. And I tried to just laugh it off and squash it.”

When Gina was first confronted about the text, she was caught “off guard” because she thought Braunwyn was aware of what had happened. Braunwyn, for her part, told Us that she was disappointed in her costar’s assumptions about her relationship with her husband. Braunwyn and Sean wed in 2000 and have spoken openly about their sex lives on the series. Though the pair isn’t living together currently, they are exploring a “modern” relationship – even as Braunwyn has started to see someone “special.”

“I think because people on the show know that I’m attracted to women, it sort of gives them the sense that they can, I don’t know, weaponize it and make me into a predator,” Braunwyn told Us earlier this month. “There’s something about that that doesn’t sit right with me, that when it comes to same-sex relationships, it’s somehow like dirty or inappropriate. And I think more than the text message, it’s her weaponizing my sexuality that really got to me.”

Gina, however, doesn’t see her discomfort with the situation as a snub toward her costar’s sexuality.

“She told us from the very beginning that she preferred to sleep with women,” she explained. “I think that the bottom line is that’s great that she is out and she’s feeling more comfortable in her own skin. But … the way that she presents her value system about women is anything but promoting [women’s] empowerment in my eyes. So that’s where I think I have an issue.”

Read More: RHOC’s Gina: I Have ‘More Boundaries’ With Sex Than Sean and Braunwyn