Doing things their way. Braunwyn Windham-Burke addressed the status of her relationship with husband Sean Burke amid split speculation from Real Housewives of Orange County fans.

“Modern marriage,” the 42-year-old Bravo star wrote alongside a steamy photo of the pair in the pool on Sunday, October 4, via Instagram Stories. Earlier on Sunday, the couple jetted off to Puerto Rico with friends. 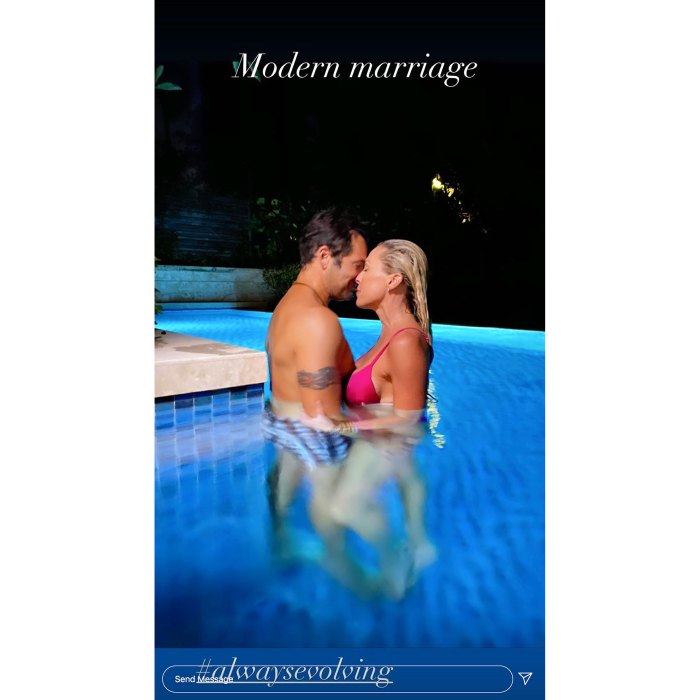 The next morning, Braunwyn shared a selfie in the ocean with Sean, 42. “Good way to wake up!” she captioned the pic via Instagram Stories on Monday, October 5. The Orange County Housewife subsequently shared a nude photo, using the Puerto Rican flag to cover her behind.

Braunwyn and Sean, who wed in 2000, are the parents of seven children. They sparked speculation that they were on the rocks last month after she promoted a coparenting and divorce Zoom workshop on social media.

“New to the coparenting world? It doesn’t have to suck. It won’t feel like this forever,” a since-deleted post shared by Braunwyn via Instagram read. “You just need some perspective … Knowing what to expect will save your sanity.” 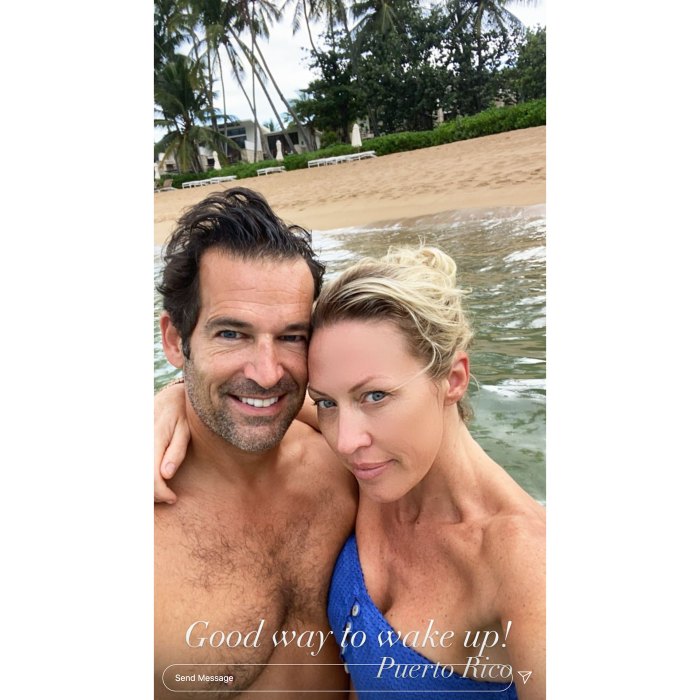 Fan chatter about their relationship was fueled after their second oldest daughter, Rowan, 18, shared a picture with the caption, “F—k. You. Mom.” Braunwyn addressed the situation on September 27 via Instagram Stories.

“Our family asks for your understanding as we work through some challenging circumstances,” she wrote. “45 million Americans will experience mental health issues. This effects almost every family, and ours is no different. We will share with you more when the time is right. We kindly ask for your grace and kindness, and thank everyone for their support.”

During season 14 of RHOC, Braunwyn was open about her unconventional marriage to Sean, revealing that she has gifted him threesomes for his birthday. She also confessed that she “cheated” on him in the past.

“We were separated, we were in two different homes. I went to Hawaii; I took the kids, I enrolled them in school. I told Sean I was done. I just didn’t want to be a single mom anymore. He traveled 25 days a month,” Braunwyn explained on the RHOC aftershow in 2019, noting that the tryst was “very PG.”

Sean later won his wife back.

“After a few months, he flew out to Hawaii and he got down on one knee and re-proposed to me,” she explained. “He had quit his job; he was the president of a very successful company. He sold his shares and he walked away and he became a stay-at-home dad for like eight years. He said I would rather choose you guys than my work.”

Read More: RHOC’s Braunwyn Says She and Sean Have a ‘Modern Marriage’ Amid Speculation