Not over it! Sutton Stracke weighed in on how Garcelle Beauvais handled Erika Jayne’s rude remarks toward her 14-year-old son Jax.

“I’ve said this before, Garcelle is a very gracious person,” the 50-year-old reality star exclusively told Us Weekly on Thursday, July 28. “Yes. I think she may have let her off a little bit too easily.”

Erika, 51, raised eyebrows during the July 6 episode of The Real Housewives of Beverly Hills when she yelled at Garcelle’s son Jax to “get the f—k out” of his mom’s birthday party. The moment became even more controversial when Kyle Richards laughed at Erika’s comment, which she later apologized for. 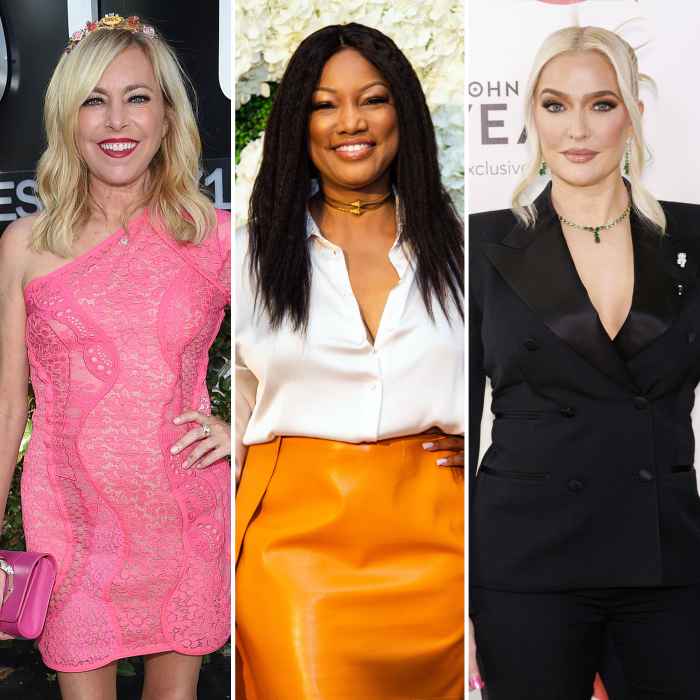 “It’s unfortunate that that had to happen,” Garcelle, 55, exclusively told Us on July 11 when asked about the incident. “But he’s good. He’s good.”

The former Real cohost — who shares Jax and his twin brother Jaid with ex-husband Mike Nilon — noted that it was “really tough” to see her son at the center of the show’s drama. (Garcelle also shares son Oliver, 31, with ex Daniel Saunders.)

“That’s definitely crossing the line for sure,” she added of Erika’s actions. “No doubt.”

Sutton, for her part, told Us that the Pretty Mess author should have apologized more for swearing at the teenager. (Erika also flirted with Garcelle’s eldest son, Oliver, during the actress’ birthday bash.)

“If I had done something like that, I’d still be getting it,” the Georgia native told Us on Thursday. “These ladies would never have let me forget it.”

Erika’s drinking — which is what the singer attributed as her reason for lashing out at Garcelle’s son — has been a hot topic all season amid her legal woes surrounding her estranged husband, Tom Girardi. The duo have been tied up in multiple lawsuits since December 2020, including fraud allegations and racketeering claims.

Sutton, meanwhile, reflected on Erika’s problematic actions and whether her drinking played a major factor in her recent behavior.

“I just don’t trust anything [with her] because I don’t know what’s real and what’s not. I was not at Diana [Jenkins]‘ Christmas party and watching it, I was like, ‘OK, that’s different behavior,’” the mother of three explained on Thursday. “In Mexico, we are in Mexico. … It’s a sensitive subject for me with my father’s suicide and taking antidepressants and drinking. That’s a typical thing with depression [and] if that’s something that was happening, I was gonna get concerned.”

The designer noted that she and Erika are “not in that place” where she would “go up and say something” about her actions. “I just, that’s not a good idea. I think I just stay out of it,” she told Us, adding that the duo “don’t have a friendship.”

Sutton continued: “We can be very cordial and that’s it. … Right now I’m good with where we are. We can make some funny comments and we can sit at a dinner table together. And I think that’s a good place for us. It’s just like, it’s good, good calm.”

However, the TV personality isn’t blind to Erika’s ways, confessing she’d be “an idiot” if she ever “trusted” her costar the way she had in seasons prior.

The Real Housewives of Beverly Hills airs on Bravo Wednesdays at 8 p.m. ET.