The bromance is back! Matt James is back hanging out with his best friend after wrapping season 25 of The Bachelor. On Sunday, December 6, James, 29, and Tyler Cameron attended a Miami Dolphins’ football game.

While Cameron, 27, surprised his BFF with a birthday cake, it was the Bachelorette alum that was shocked when James smashed the cake in his face. The moment was captured on video by Hard Rock’s Stadium’s Pepsi fan cam and later shared by James via Instagram Story, captioned with, “I missed you brother.”

The ABC Food Tours founder returned home last month after filming the upcoming season at the Nemacolin Woodlands Resort in Pennsylvania, and ABC has been teasing his journey in promos and posters ever since. 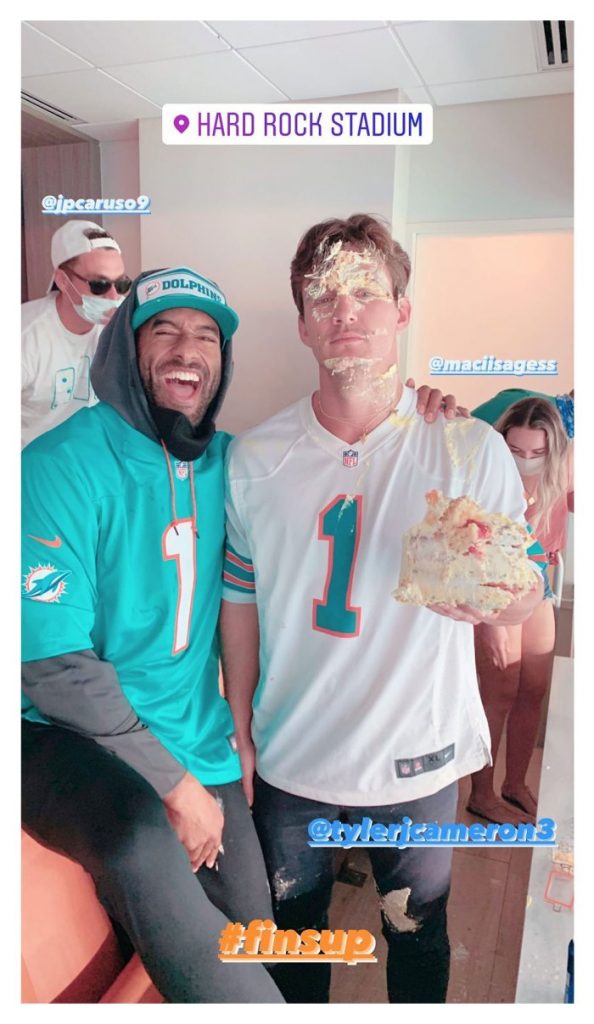 “Love for me is about the heart, and the way that I view life, everything is a blessing,” the first Black Bachelor said in one promo. In a poster revealed on Monday, December 7, the season 25 tagline was revealed: A Matt Made in Heaven.

Although fans have yet to see much of Matt’s season, ABC exec Rob Mills teased the season during an October episode of Nick Viall’s “Viall Files” podcast.

“Matt did something on night one that we’ve never had happen before … It’s not what you think though, it’s really crazy,” he said at the time. “[But] I feel confident saying Matt James will be the only Bachelor this season.” 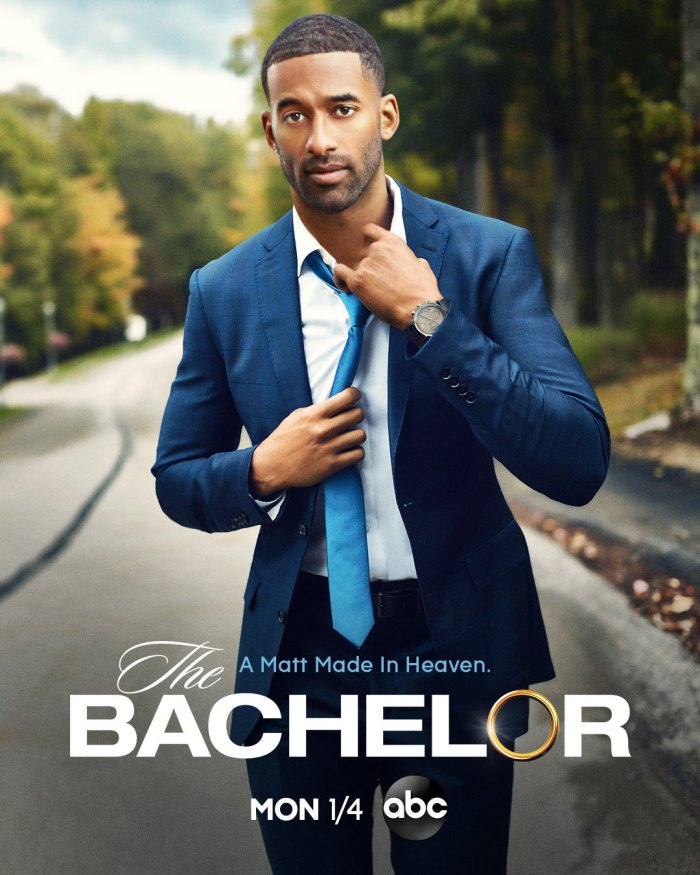 Last month, host Chris Harrison also shared with Us Weekly exclusively that James’ journey is much different than what others went through in the past — especially because he didn’t appear on The Bachelorette first.

“It’s not that he hasn’t said ‘I love you’ before. I think the problem with him is he realized being the Bachelor, he had never fully understood what it means. He didn’t understand the weight of it,” Harrison, 49, told Us in November. “And now I think this has really opened [his] eyes and one thing about the Bachelor or Bachelorette — you can ask any of them — it changes you. … He is a different man than when he came to us in and he got really a crash course because he didn’t get the few steps of being on the show. He really just ripped the Band-Aid off and sometimes that hurts a little bit.”

The Texas native added, “So, I think he had a bit of a rude awakening of the man he is, the way he loves [and] what love means to him. It really is an amazing journey you’re going to take with Matt, not just as the Bachelor but also as this man who realizes, ‘Wow, OK, this is love and this is what it means and I’m really here to find this.’”

The Bachelor premieres on ABC Monday, January 4 at 8 p.m. ET.