While Rachael Ray might not really be home for the holidays, she couldn’t pass up the chance to make Christmas magic after a challenging few months.

The cook, 52, and her husband, John Cusimano, have been living in a guest house on their Lake Luzerne, New York, property since their home burned down in a devastating fire in August. During the Tuesday, December 8, episode of the Rachael Ray Show, the Food Network personality got teary as she gave fans a tour of her new digs after decking it out for the holidays. 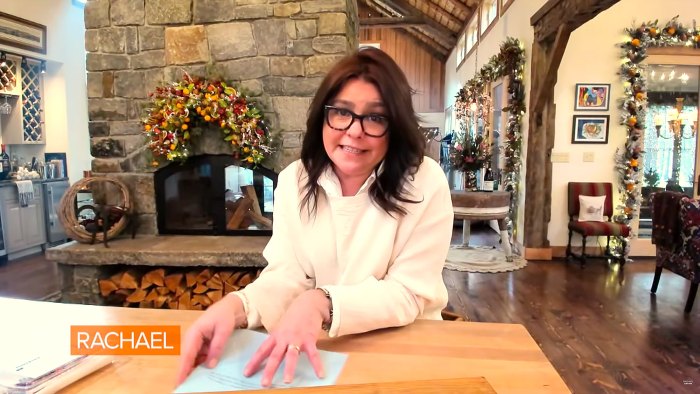 “This year, we’re not putting up trees, because no families are coming to visit and we lost our main home, our big house,” Ray explained. “But we absolutely would not let the holidays come and go without some decoration.”

Inspiration hit the My Year in Meals cookbook author in the early hours of the morning as she sketched out her vision for her perfect Christmas decor. Amid this “very weird year,” Ray was grateful to have the help of friends and local businesses to bring her dream holiday decorations to life.

“[This was] saved from our house that burned; a horse sculpture that is exactly the same as one my mom had in our house when I was a little girl,” the New York native said, pointing to a centerpiece sandwiched between two small pine trees on one of her tables. “I found it at a flea market.” 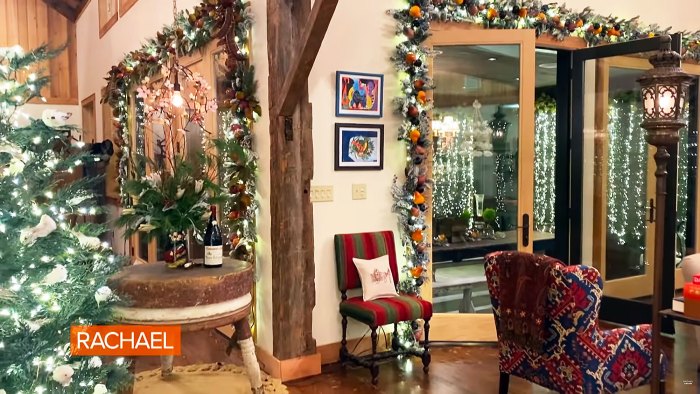 While this holiday season might look a little different from what Ray is accustomed to, she still found ways to make it special. The Daytime Emmy winner displayed a Cyprus tree in the guest house and detailed its sentimental meaning.

“[John and I] wanted it to look like Enzo, the tree that we planted when we were married in Italy,” she said, showing off the glowing lights and small white doves perched on the tree’s branches. Ray and Cusimano exchanged vows in Tuscany in September 2005.

As she reflected on her family’s recent hardship, Ray was moved to tears by the support she’s received from her loved ones. Shortly after the fire broke out in August, a rep for Ray said that they didn’t “yet know to what extent” the home was damaged. One month later, the talk show host revealed that there was little that survived the blaze.

“It honestly makes me want to burst into tears how much I miss our trees,” Ray said on Tuesday. “It’s not a lot but these partridges and pears and sugared fruits and things, they do make me feel at home and nostalgic and grateful for the family I have and the life I’ve led. And I love that you guys are a part of it. Thank you for sharing the holidays with us.”