Quite the surprise. Ariana Madix and Tom Sandoval had a similar reaction as the rest of the world when Jax Taylor and Brittany Cartwright announced via Instagram that they are not returning to Vanderpump Rules if it returns for a ninth season.

“Completely shocked,” Madix, 35, said during the Tuesday, December 8, episode of Daily Pop. “We were actually about to go live on Instagram to talk about Gardenuity and our collab and we saw it about 30 seconds before. And we don’t know a whole lot more than just that Instagram caption from what they posted.”

‘Vanderpump Rules’ Season 9 Production Remains Up in the Air: What We Know Read article

The couple also noted that Bravo hasn’t talked at all about what’s happening in the future of the show, but they have no plans to leave. “As long as there is a show, I think we will be involved,” she said. 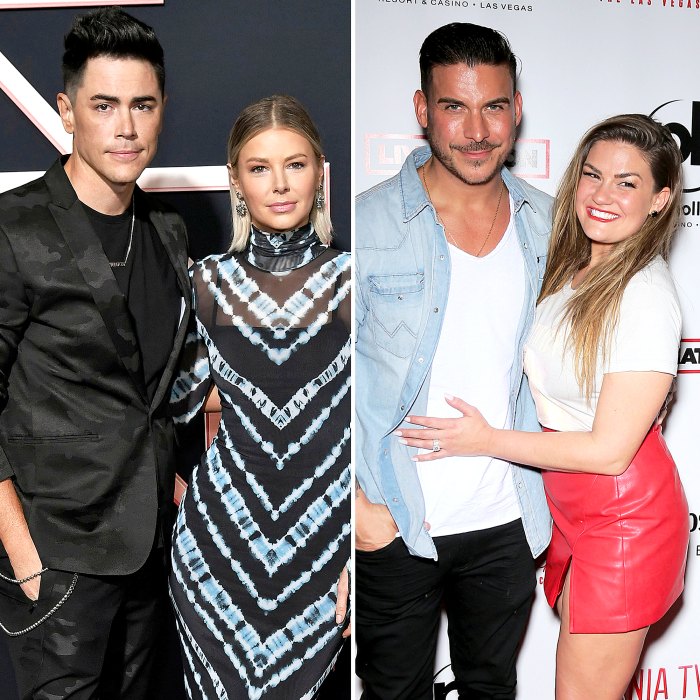 “Obviously, we’re a show that heavily relies on nightlife being open, and right now because of the current situation we’re in, I mean, we’re just kind of in a holding pattern until places are able to open up safely,” the TomTom co-owner, 37, added. “So that’s pretty much all we know.”

Taylor, 41, and Cartwright, 31, announced they would not be returning to the show in separate Instagram posts on December 4. The pair, who are expecting their first child, noted in their captions that they’re taking “time to focus on our growing family and share with you our new endeavors.”

During the Monday, December 7, episode of “Radio Andy,” host Andy Cohen reacted to the news and raved over Taylor’s part on the show through the years.

“I have to give it up to them,” Cohen, 52, said. “Jax created so much story, drama, conversation in his eight years on that show. That’s quite a run that he had. He will go down as one of the biggest, you know, reality stars in their moment, don’t you think?”

On Monday, the Michigan shared a DM that he received from the Watch What Happens Live With Andy Cohen host. “Incredible run, dude. Amazing show and you were always the best, greatest sport. I have loved having you on WWHL and being on this ride with you,” the message, posted to Taylor’s Instagram Story, read.

If and when Vanderpump Rules returns to Bravo, it will look very different, as Cartwright, 31, and Taylor are only the latest to exit. Bravo cut ties with Stassi Schroeder, Kristen Doute, Brett Caprioni and Max Boyens in June for racist comments made in the past. Schroeder’s husband, Beau Clark, has also exited.