Pregnant Stassi Schroeder Says Daughter Has a ‘Hole in Her Heart’

“My other favorite part of her nursery,” the Vanderpump Rules alum, 32, captioned a Thursday, October 1, Instagram photo of a framed heart spilling over. “After I bought this, we discovered she has a hole in her heart, and it was the worst week of our lives waiting to find out just how serious it was. After a week of actual hell on earth, the doctors said it’s incredibly small and should heal on its own.”

The piece of art now “means so much more” to the former reality star, she concluded. 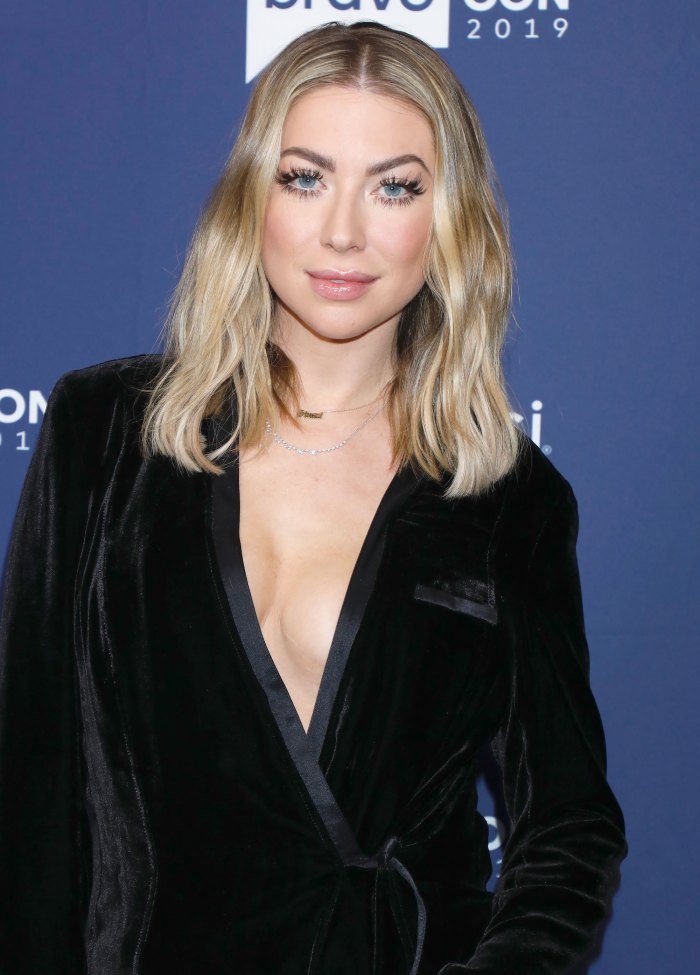 Us Weekly broke the news in June that the Next Level Basic author is pregnant with her and fiancé Beau Clark’s first child. She and the commercial casting director, 40, confirmed the news and shared the sex of their little one later that same month.

The Louisiana native’s former costars Lala Kent and Brittany Cartwright are also both pregnant. The “Give Them Lala … With Randall” podcast host, 30, is expecting a baby girl with her fiancé, Randall Emmett, while the Kentucky native, 31, and husband Jax Taylor have a son on the way.

“Who would’ve thought we’d all be … sober at the same time,” Schroeder jokingly captioned a baby bump photo with the Bravo personalities at Cartwright’s Sunday, September 27, sex reveal.

While Katie Maloney and her husband, Tom Schwartz, also want to have kids, the “You’re Gonna Love Me” podcast host, 33, has “zero FOMO,” she wrote via Instagram earlier this month.

“I’m so happy for my friends and really enjoying being along for their journey,” the Utah native explained. “It will happen for us when it’s right. Sometimes it just takes time and doesn’t always happen [on] the first try.”

As for Scheana Shay, the “Good as Gold” singer, 35, and boyfriend Brock Davies are considering freezing their embryos after Shay’s June miscarriage.

“I don’t think that is on the agenda right now, but I think before I were to go through a third round of freezing eggs, we would do embryos,” the California native said during an August “Scheananigans With Shay” podcast episode.

Read More: Pregnant Stassi Schroeder Says Daughter Has a ‘Hole in Her Heart’