Soon-to-be party of three! Emma Roberts and Garrett Hedlund are “doing great as a couple” near the end of the actress’ pregnancy.

“Emma and Garrett are getting more and more excited, which is so nice for them,” a source exclusively tells Us Weekly. “Garrett is really looking forward to becoming a dad and feels as though this is something he needed. He is ready to take on all the daddy duties, and Emma getting pregnant has forced him to become more responsible. He thinks that’s a blessing.” 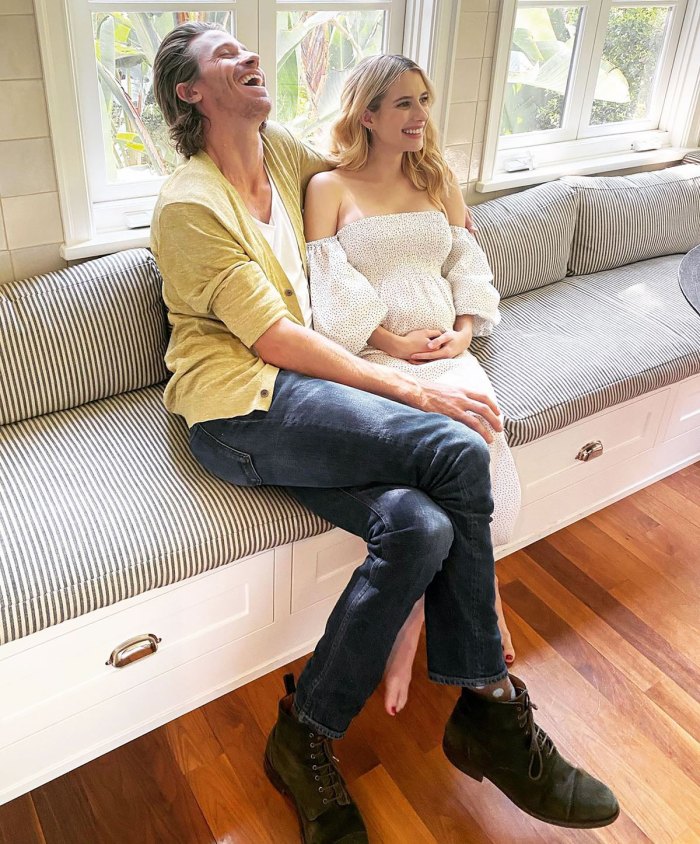 The insider adds that the American Horror Story alum, 29, and Hedlund, 36, “are bonding a ton before the arrival of their baby.”

Us broke the news in June that the Holidate star is pregnant with her first child. The Scream Queens alum confirmed the news two months later, showing her baby bump for the first time.

“Me … and my two favorite guys,” the New York native captioned her August Instagram upload.

“Love you,” her aunt Julia Roberts commented on the slideshow, while new mom Lea Michele wrote, “You will be the greatest mama. I love you Em! Boy moms together.”

Being pregnant during the coronavirus pandemic has been “interesting” for Emma, she told Glamour earlier this month.

“It’s definitely caused a lot of introspection, but I think it’s been amazing to really sit with myself and really turn inward in a way I never have before and be still,” the Unfabulous alum explained. “That’s been really nice, and I feel really grateful to have gotten to do that. To not just be running from one appointment to the next or one job to the next, I’ve really had to be present with myself, and that’s been — some days you wanna crawl out of your skin, but other days you feel really good and really grateful.”

Us confirmed in March 2019 that Roberts and the Triple Frontier star were dating following her split from on-again, off-again fiancé Evan Peters. As for Hedlund, the Minnesota native previously dated Kirsten Dunst from 2011 to 2016.

Read More: Pregnant Emma Roberts and Garrett Hedlund Are ‘Bonding a Ton’ Ahead of Baby