In the Tuesday, November 3, Instagram Story upload, the model, 23, held the toddler in a pool. Stormi grinned in her arms. 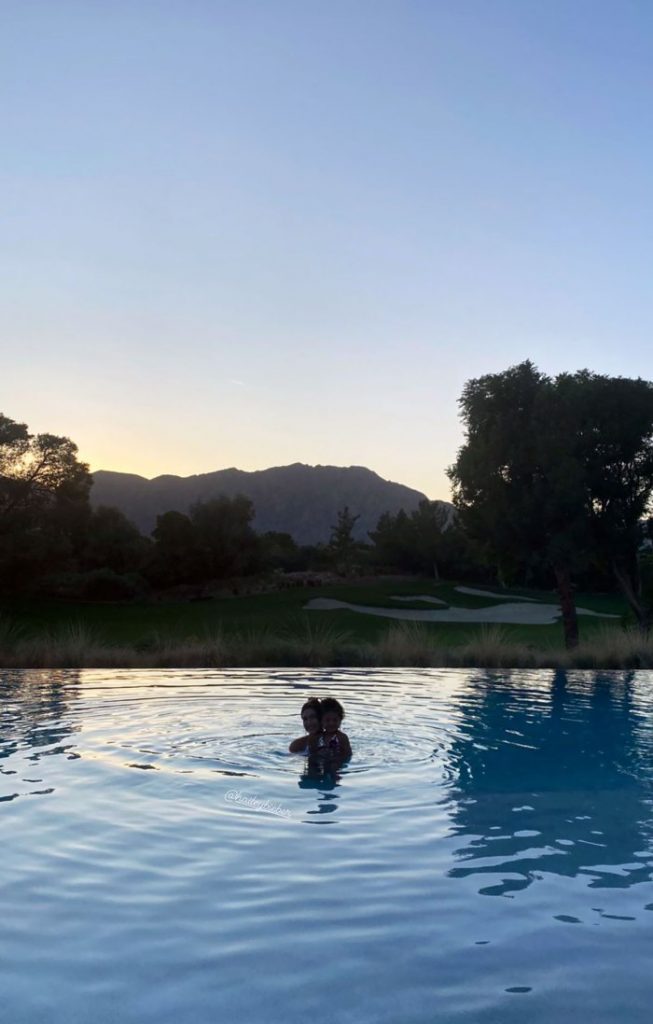 The Kylie Cosmetics creator, also 23, welcomed her and Travis Scott’s baby girl in February 2018, and the little one has already shown her love for swimming over the years.

Earlier this month, the Keeping Up With the Kardashians star revealed in an Instagram video that her daughter “fully swims.” The makeup mogul showed her daughter standing in the shallows in the footage, saying from behind the camera: “I know what you’re doing. Just your feet? I know where this is gonna go. You want to get in the pool with your clothes on? She does this every day. ‘Let me just put my feet in.’ OK, I’ll get in with my clothes [too].”

The reality star went on to film her daughter dunking her head under water. The little one previously showed off her swimming skills in April while Jenner cheered, “You did it!”

As for Baldwin, the Drop the Mic cohost became an aunt in August when her sister, Alaia Baldwin, gave birth to her and Andrew Aronow’s daughter, Iris. Haley’s husband, Justin Bieber, posted pictures with the infant that same month.

“My baby niece Iris,” the Grammy winner captioned the Instagram slideshow. “Scroll through and whiteness [sic] the most squishy cute gumdrop ever!! Love you @alaiabaldwin and @andrewaronow ! She’s so precious!”

Dwayne Johnson commented at the time: “This image pretty much seals the deal. Fully expect you and H to have a baby in 2021.”

The couple joked in August that they “didn’t make any” quarantine babies amid the coronavirus pandemic. “We’re still pretty newly married. We’ve just been … getting to know each other deeper,” the former ballet dancer explained during the PaleyFest LA event. “We’ve been having a really fun summer, regardless of everything that’s been going on.”

Bieber chimed in, “Obviously, we have compassion for those who are really struggling and that hurts us. But for us, we’ve really been able to create a deeper bond with each other, spending a lot of time with each other and not traveling, but road-tripping.”