Pippa Middleton is pregnant! Duchess Kate‘s sister is expecting baby No. 2 with her husband, James Matthews, according to Page Six.

The socialite, 37, became a mom in October 2018 when her son, Arthur, arrived. “James and Pippa have had a baby boy. He was born Monday 15th October at 1:58 p.m., weighing 8 lbs and 9 oz,” Pippa’s rep told Us Weekly at the time. “Everyone is delighted and mother and baby are doing well.” 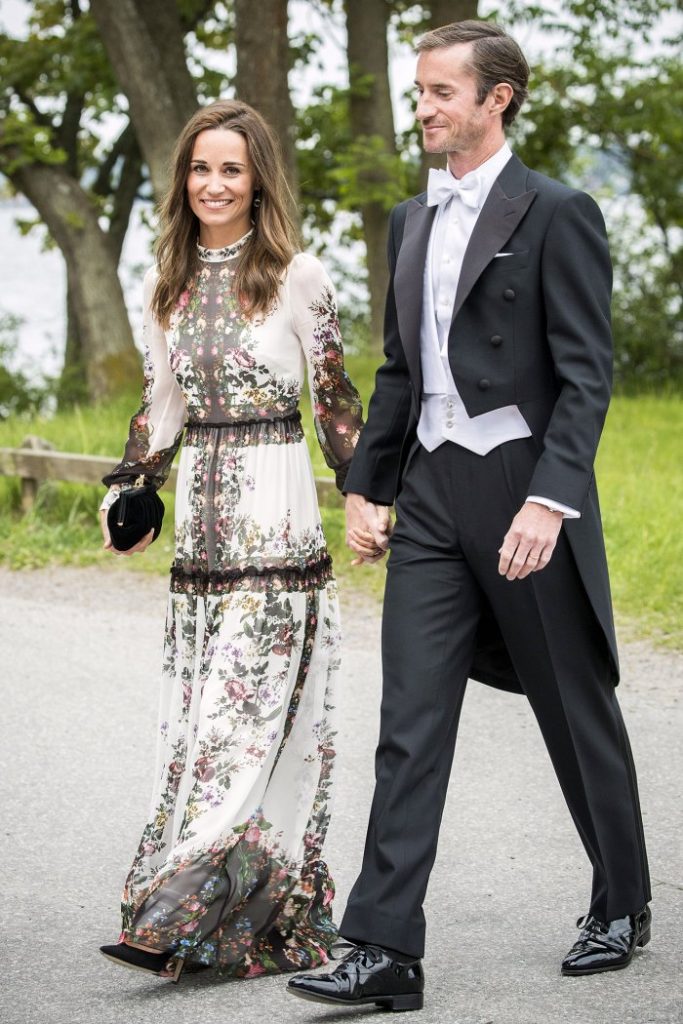 Another source told Us that “the Duke and Duchess of Cambridge, [Prince William and Kate], are thrilled for Pippa and James.”

During his first year, the little one regularly worked out with his mom. “Now that Arthur is 11 months old and more mobile, I have been trying to come up with different activities to do with him,” the new mom explained in a Waitrose Weekend column in September 2019. “I needed to find something more than just park walks in the pram. Our local baby gym has been a saving grace. It’s a big space full of fun, soft objects, playmats, stairs, balls, swings, mini trampolines and more to stimulate and physically engage babies and toddlers.”

Pippa added that Arthur was learning “movement, balance and strength” in the classes, as well as “building his confidence with each visit.”

The infant also learned to swim in April 2019, the University of Edinburgh graduate revealed in her column. “Starting my son Arthur swimming at four months old has given him confidence and enjoyment in the water,” she wrote at the time. “He’s now six months old, and swimming is one of our favorite activities. The exercise helps guarantee sound daytime sleep, and the movement has improved his digestion.”

Arthur has an “extremely close bond” with his grandma, Carole Middleton. The businesswoman, 65, is also “adored” by Kate, 38, and William’s three kids — Prince George, 7, Princess Charlotte, 5, and Prince Louis, 2.

“The kids love it in the countryside because they have so much freedom,” an insider exclusively told Us of the little ones’ time at grandma and grandpa Michael Middleton’s house.