Peta: I Had 3 Miscarriages in 2 Years, Including While Maks Was in Ukraine

A heartbreaking few years for Peta Murgatroyd and Maks Chmerkovskiy. The Dancing With the Stars pros are opening up about suffering three miscarriages in two years, including when he was away working in Ukraine.

“I had no strength. I couldn’t open a dishwasher. I couldn’t open the fridge to feed Shai, to get him some toast. It got so bad that my breath was starting to be affected. It was really dramatic,” the 35-year-old dancer recalled to People about her October 2021 miscarriage.

While Chmerkovskiy, with whom she shares 5-year-old son Shai, was overseas, Murgatroyd was hospitalized.

“I thought [the doctor] was going to reveal some really bad news. I was like, ‘What’s wrong?’ His face dropped. He said, ‘Did you know you were pregnant?’” she explained, noting she “had no idea” she was expecting. ”Which in hindsight was better for my recovery because I didn’t have that super joyous moment of, ‘I’m pregnant again!’ I just had the moment of, ‘You lost it.’”

Every ‘DWTS’ Pro Through the Years: Where Are They Now? Read article

Murgatroyd revealed that when she had the miscarriage, she had recently battled COVID-19 after a trip to visit Chmerkovskiy in Ukraine. “I felt like I was dying, but then I obviously knew what had happened,” she continued. “It was just all too much for my body and I couldn’t do it. I couldn’t believe that this was happening to me.”

Chmerkovskiy added that he felt “helpless” to not be by his wife’s side. Murgatroyd explained that she previously had a miscarriage in fall 2020 while shopping at Whole Foods. 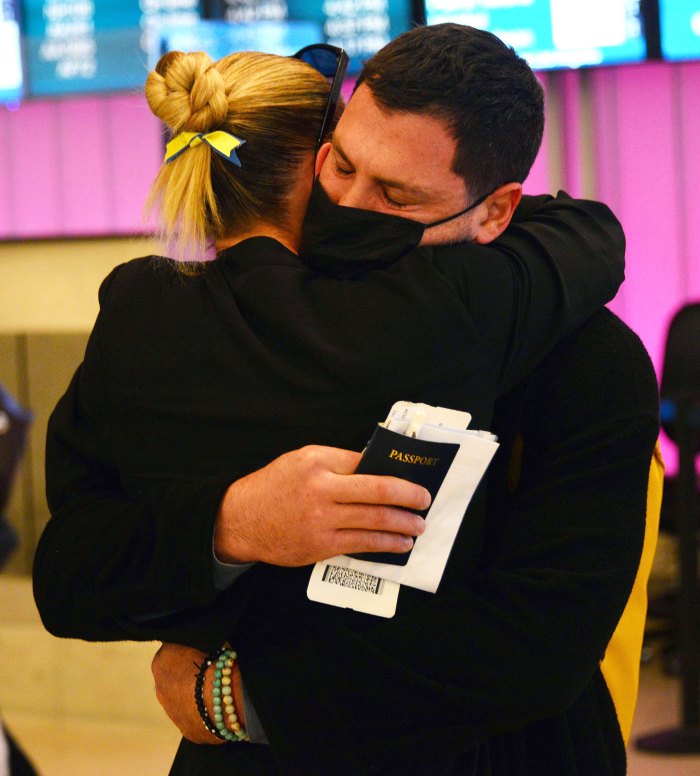 “I was sitting in the bathroom sobbing. I’m surprised nobody walked in because I was crying so heavily and wailing, one of those deep cries,” she recalled. “That was something that will probably live with me for the rest of my life, being on that toilet by myself, knowing what was happening and not being able to stop it.”

Chmerkovskiy referred to the miscarriage as the “darkest” point in their marriage, which began in 2017. The couple suffered another pregnancy loss nine months later.

“I try to do my best in supporting Peta. I’m a changed man because of this experience,” Chmerkovskiy said. “I think that if you look around, you will find that most of your friends have had issues [trying to conceive]. I realized that this is more common and this is not being talked about.”

The twosome have since sought help from a fertility expert, beginning IVF to try to have baby No. 2.

“When? Why me? Why can’t I have another child when it was so easy in the past? All of these questions just really bothered me and that’s what brought me to finally see a specialist,” Murgatroyd, who believes she’s struggling from Polycystic Ovary Syndrome, said. “For the first time in nearly two years, I feel excited. I’m in a much happier place. I got answers. I don’t have any other words but hope and positivity. I’m crossing my fingers that this is going to work.”

Read More: Peta: I Had 3 Miscarriages in 2 Years, Including While Maks Was in Ukraine