“Orlando has made Daisy his priority and slashed a lot of his work time to stay home for the holidays,” a source exclusively tells Us Weekly. “Orlando is so happy about being a new dad again. He has been doing the night feeds and helping out however he can.”

The insider adds that the actor, 43, and Perry, 36, have grown “closer” since welcoming their first child together. (The English star also shares son Flynn, 9, with his ex-wife, Miranda Kerr.)

Katy Perry and Orlando Bloom: A Timeline of Their Relationship Read article

“At first they were concerned that Katy was going to have to jump straight back into work, but she’s been fully focused on being a mom and happy staying home and spending time with Daisy,” the source tells Us. “They don’t have any trips planned as of now.” 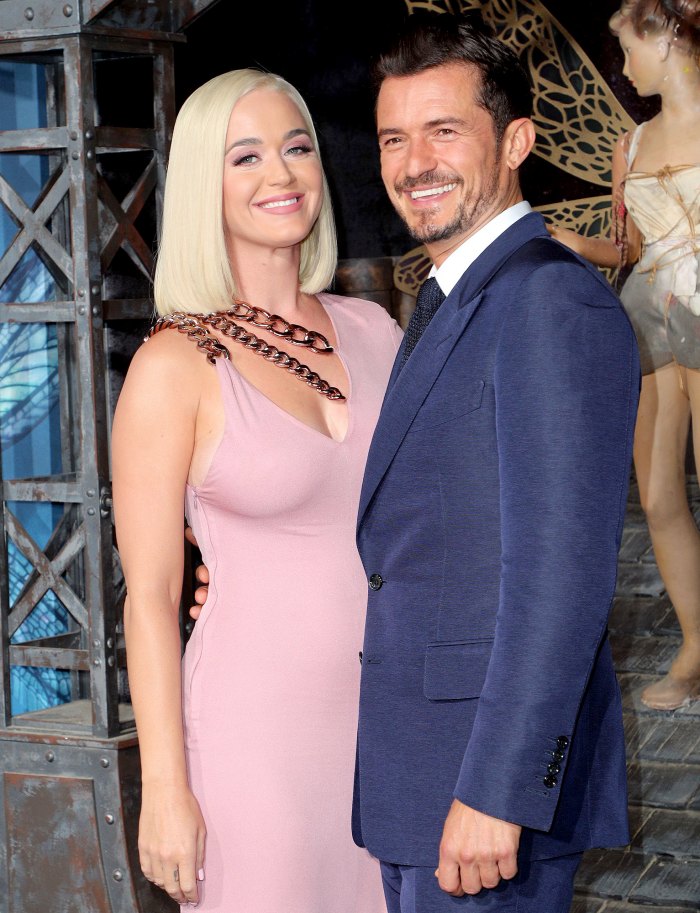 The Grammy nominee gave birth to their little one in August. “We are floating with love and wonder from the safe and healthy arrival of our daughter,” the pair wrote in a joint statement at the time.

Daisy joined the family five months after the singer debuted her baby bump in her March “Never Worn White” music video. “Omg so glad I don’t have to suck it in anymore,” the California native tweeted after the release. “Or carry around a big purse lol.”

The American Music Award winner was “really specific” when it came to her family plans, she told The Sunday Times in August.

“I told my management, ‘I’m gonna get pregnant, I wanna have a baby, I have a great contender, finally, and I wanna put this record out,’” the “I Kissed a Girl” singer explained at the time. “It was planned. [Bloom and I] went to Egypt in October for my birthday and just decided. I’ve always been so fond of the way he is with Flynn that I think my primal nature is like, ‘Yes, go.’”

She and the Lord of the Rings star started dating in 2016, and he proposed three years later. In September, a source exclusively told Us that the engaged pair are not “focused” on wedding planning amid the coronavirus pandemic.

“Katy and Orlando’s wedding will not be taking place in 2020,” the insider told Us. “It just wasn’t meant to be.”