“We created an angel before heaven gained one 🕊,” Kay wrote alongside maternity photos on Monday, August 22, via Instagram. “All you ever wanted was to be a father … I know you’ll be the best one from up above. Can’t believe I have to do it without you but knowing I’ll have a piece of you keeps me going.” Kay included a past text exchange with Webb about plans to be parents in the future. “I’m ready. Baby daddy,” she wrote. “You’re stuck with me.”

Us Weekly confirmed last month that 22-year-old Webb fell and hit his head while at a swimming hole near Triangle Lake, Oregon, on July 13.

“The Lane County Sheriff’s Office responded to the rock slides just a short distance west of Triangle Lake at approximately 2:30pm after receiving the report of an injured person,” officers said in a Facebook statement. “Upon arrival, deputies learned that a 22-year-old male recreating in the area fell and struck his head. Bystanders and responding paramedics were unable to revive him. Lane County Sheriff Search and Rescue personnel responded to assist with bringing him back to the roadway as he was approximately 100 yards down a steep trail.”

Officials added that “there is no evidence of foul play and his death appears to be accidental.”

NFL Tragedies of 2022: The Saddest and Most Shocking Deaths Read article

Kay paid tribute to her boyfriend, who was gearing up to play his fifth and final season with the Oregon Ducks, at the time. 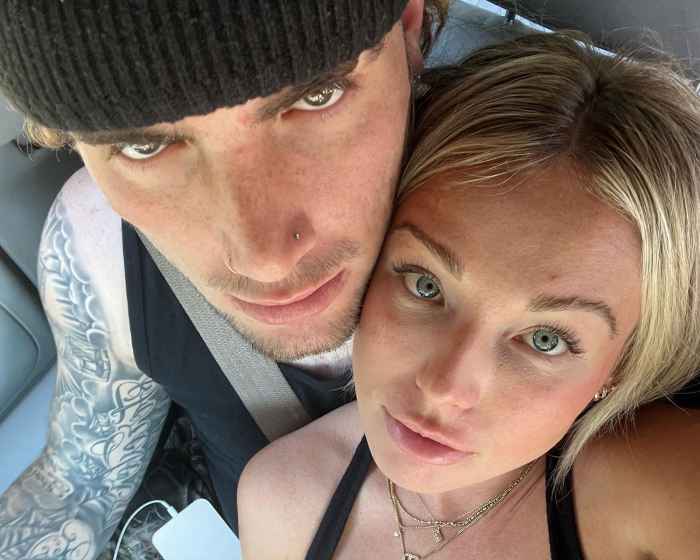 “My best friend my twin flame the love of my life. I’ve never loved anything as much as i love you,” she wrote on July 14 via Instagram. “You were my everything, you gave me purpose, you showed me what it’s like to be cherished and valued and seen for me. We had so many big plans. I don’t know where to go from here but I know you’ll be watching over me keeping me strong. You always put everybody else before yourself and I’ll try to hold the same kindness in my heart ❤️‍🔥 from this life to the next one baby I love you so much and I’ll find you again 🕊🕸.”

In addition to several of his Oregon Ducks teammates, Webb’s head coach, Dan Lanning, also spoke out after his passing, tweeting, “So full of life in every moment of the day. Your smile and energy will be missed Spencer. I love you!”