The couple “have been trying to have a baby for a few months now,” a source exclusively told Us in March. “Karlie wouldn’t mind hosting Project Runway while she’s pregnant. They think this is the right time.” 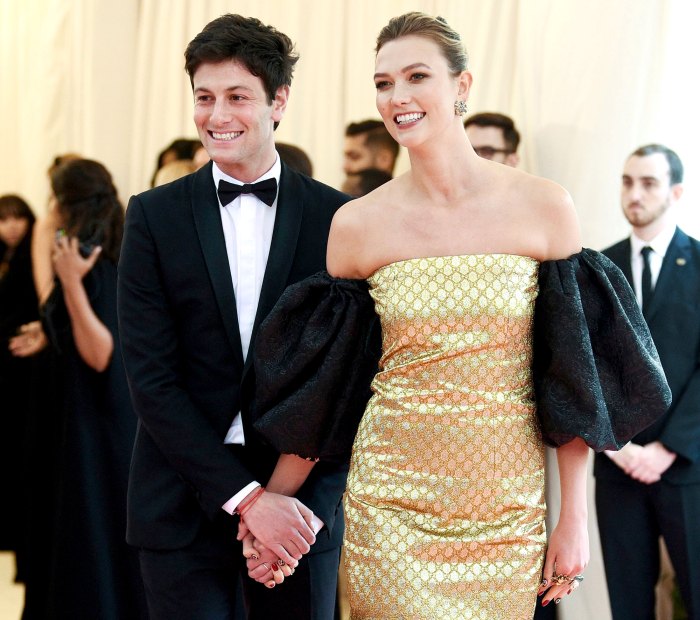 Us broke the news that the Victoria’s Secret model, 28, and the businessman, 35, were dating in November 2012 after they were spotted at a New York City party. In July 2018, Kloss announced their engagement on Instagram.

“I love you more than I have words to express,” she captioned a photo kissing Kushner’s cheek. “Josh, you’re my best friend and my soulmate. I can’t wait for forever together. Yes a million times over.”

The Oscar Health cofounder’s sister-in-law, Ivanka Trump (who is married to his brother, Jared Kushner), tweeted her congratulations at the time. “So, so happy for you and Josh!” she wrote. “I feel blessed you have you as a sister (!!!) Karlie and look forward to the decades of happy memories we will create together as a family!”

Three months later, the two tied the knot in an October 2018 ceremony in upstate New York. The Kode With Klossy creator stunned in a custom Dior gown.

The model has kept her relationship with Kushner out of the spotlight from the beginning, and she explained why in her Porter magazine Summer 2018 cover story.

“It’s not like I’ve ever wanted to be so secretive about my private life,” she said at the time. “Carolina Herrera always says, ‘A woman who’s an open book is boring.’ There’s no mystery anymore. I know in my life what really matters to me. I’m not trying to hide that from the world; I just really like having a more private life. I’ve got nothing to hide, though!”

With reporting by Travis Cronin