Not Hiding! Larsa Pippen, Malik Beasley Flirt on Instagram Amid His Divorce

Putting it all out there! Larsa Pippen received a very public show of affection from Malik Beasley amid his divorce from estranged wife Montana Yao.

“What makes you the happiest?” the Real Housewives of Miami alum, 46, captioned an Instagram selfie on Saturday, December 12.

The 24-year-old NBA star’s reply caught the attention of many. “U,” he responded, along with a red-heart emoji.

The pair received backlash in the comments section. “There’s a thing called direct messages,” one Instagram user wrote, while another quipped, “She got that entanglement.”

Pippen and Beasley were spotted holding hands in Miami on November 23. “Wow… I don’t even know this man,” Yao, 23, wrote via her Instagram Stories on December 1 after the photos went viral. “This is wild y’all I’m seeing it for the first time just like y’all.”

The Keeping Up With the Kardashians alum seemingly clapped back the following day. “Don’t always trust what you see on social media,” a quote shared on her Instagram Story read. “Even salt looks like sugar.” 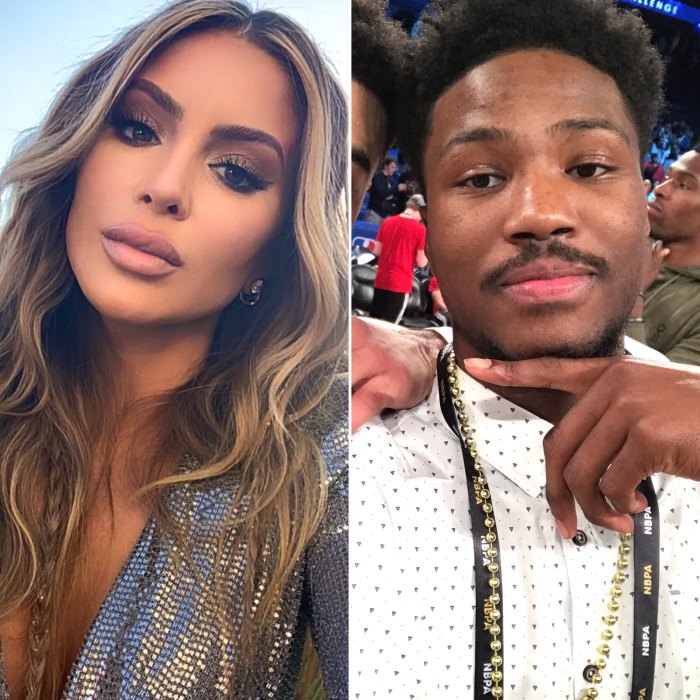 Beasley left a flirty comment on another of Pippen’s photos prior to their PDA. “I just want to take you on a date and treat you like a queen,” he commented on her October 24 Instagram post.

Yao filed for divorce from the Minnesota Timberwolves player a week after the PDA pics made headlines. The estranged couple met in 2018 and welcomed son Makai in March 2019. They wed earlier this year.

The model claimed she was kicked out of her home after she took steps to legally end her marriage. “Hey y’all I just wanted to say THANK YOU so much for your tremendous love and support during this time,” she wrote via Instagram on Wednesday, December 9. “Things have been pretty rough, I’m not going to lie.”

Yao alleged that she and her son were “told to leave our family home 10 days ago, and just like you all I’m pretty confused.” She added that there had not been any “private or public addressing of the situation, nor any type of apology.”

Amid the drama, a source told Us Weekly that Pippen “has been focusing on her kids” and “the last thing [she] needs is attention.” She shares sons Scotty Jr., 20, Preston, 18, and Justin, 15, and daughter Sophia, 11, with estranged husband Scottie Pippen.