Noah Cyrus came under fire for the language she used while defending Harry Styles amid his drama with conservator author Candace Owens.

On Wednesday, December 2, the “I Got So High That I Saw Jesus” singer, 20, took to Instagram to show support for the Grammy nominee, 26, who made history in November by becoming the first-ever man to appear solo on the cover of Vogue. He wore a Gucci ball gown for the photo shoot, and Owens, 31, later made headlines for publicly questioning his masculinity. 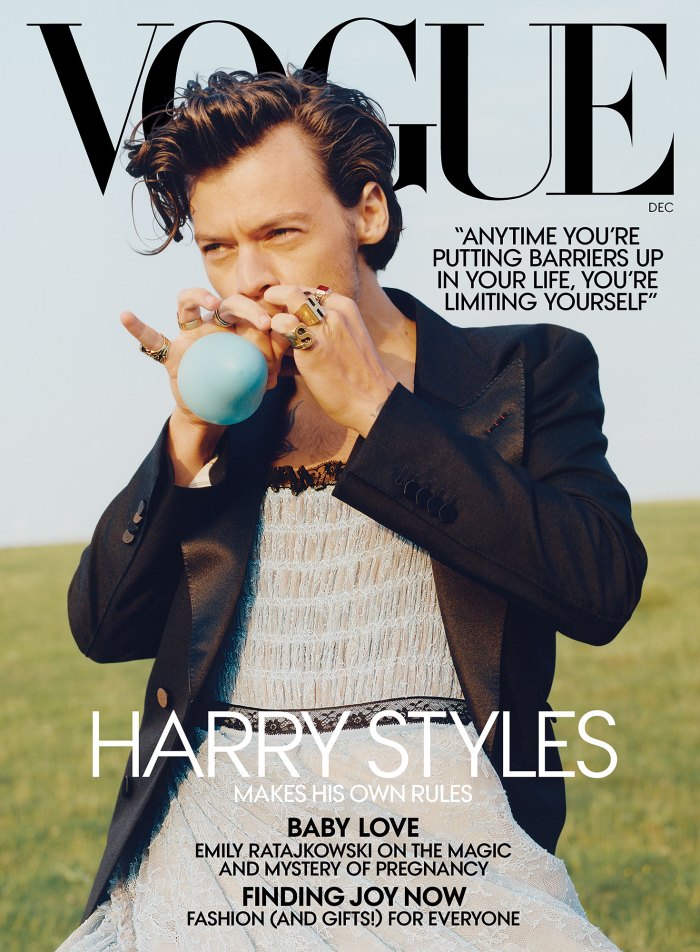 Cyrus shared one of the images from the shoot on her Instagram Stories alongside the controversial caption, “He wears this dress better than any of u nappy ass heauxz.”

After receiving backlash from her followers, the Nashville native issued an apology for using the racially insensitive term.

“I am mortified that i used a term without knowing the context and history, but i know now and i am horrified and truly sorry,” she wrote on her Instagram Stories on Thursday, December 3. “I will never use it again. thank you for educating me. i in no way meant to offend anyone. i am so so sorry.” 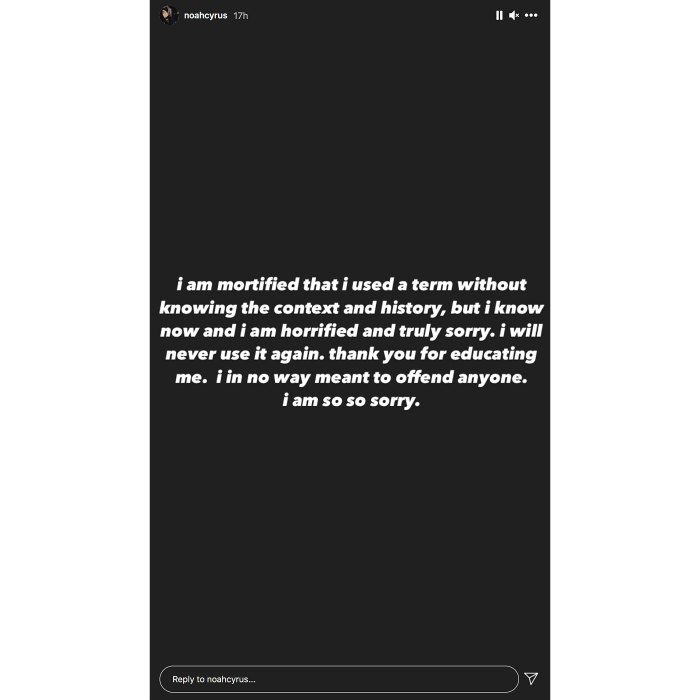 One day after Vogue unveiled Styles’ December 2020 cover on November 13, Owens tweeted, “Bring back manly men,” claiming that society cannot “survive without” them.

“The East knows this. In the west, the steady feminization of our men at the same time that Marxism is being taught to our children is not a coincidence,” she added. “It is an outright attack.”

The former One Direction member responded to the political commentator via Instagram on Wednesday, sharing a photo of himself in a frilly suit with the caption, “Bring back manly men.” He also addressed the controversy in an interview with Variety, saying, “To not wear [something] because it’s females’ clothing, you shut out a whole world of great clothes. And I think what’s exciting about right now is you can wear what you like. It doesn’t have to be X or Y. Those lines are becoming more and more blurred.”

In addition to Cyrus, celebrities including Zach Braff and Olivia Wilde rushed to the “Watermelon Sugar” singer’s defense on social media.