Nikki Bella: Dreams About My Exes Gave Me ‘Clarity’ With Artem

Hindsight is 20/20! Nikki Bella revealed she’s been dreaming about her exes lately, but it’s only strengthened her feelings for her fiancé, Artem Chigvintsev.

Nikki Bella and Artem Chigvintsev: A Timeline of Their Relationship Read article

The Total Bellas star, 36, shared how her dreams helped her find “clarity” in her relationship with Chigvintsev, 38, on the Wednesday, November 4, episode of “The Bellas Podcast.”

“Well, what I found weird about my dreams is the season right now in this [mercury] retrograde, it’s supposed to be where we get a deeper understanding of ourselves and our journeys and our true purpose and even getting clarity on the past,” she said. “And my dreams have been that.” 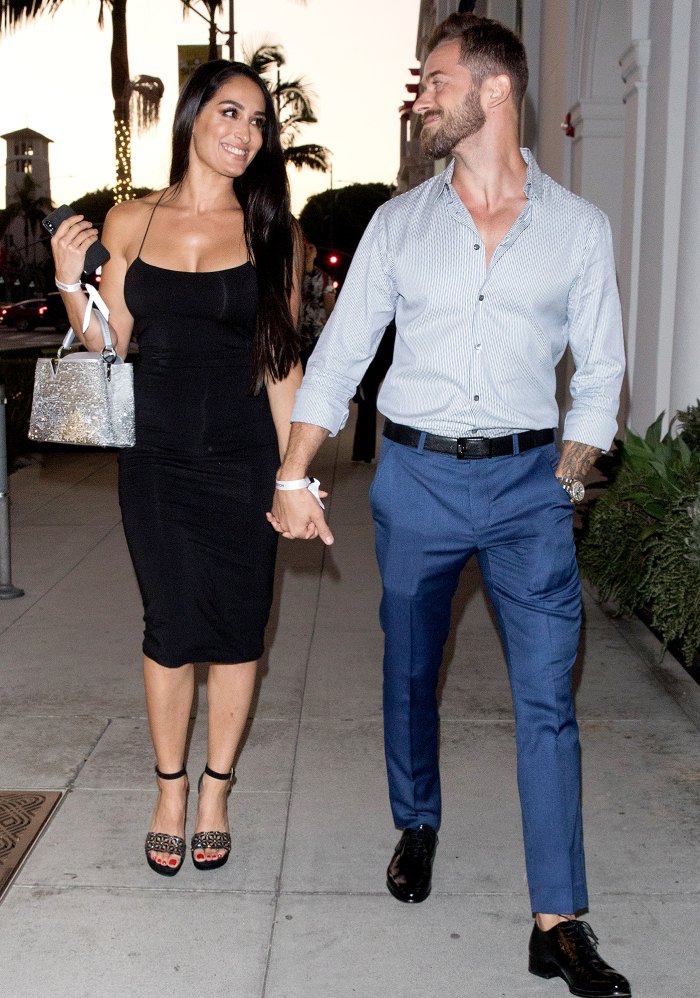 Bella explained that she had “full on conversations” with her exes in her “vivid” dreams as if they “met up for coffee.” However, she noted that the dreams gave her insight on how her journey led her to Chigvintsev.

“But what I just found weird is that I was having these dreams and that it was exactly what they said is going on right now,” she explained. “One thing it said is why things happen the way it did, and that’s why my clarity really hit me.”

Bella began dating John Cena in 2012 and the duo became engaged five years later. Us Weekly broke the news in April 2018 that the pair had called it quits on their relationship. Cena, 43, later tied the knot with Shay Shariatzadeh in October.

The former professional wrestler competed on Dancing With the Stars with Chigvintsev in 2017 while she was still in a relationship with Cena. However, she and the Dancing With the Stars pro didn’t become romantically involved until years later. Bella explained that watching Chigvintsev on season 29 of the ABC reality competition show made her reflect on their relationship.

“I get asked this all the time, ‘You had to have felt something for Artem, right?’ Because of how close my breakup was,” she said. “And, I feel like I’m gonna hear it the rest of my life. I had to open up to Artem recently cause this is the first time Artem’s been back on Dancing With the Stars since we’ve been in a serious relationship. And I said, ‘I can’t help it, it brings me these feelings of what everyone thinks of, like, ‘You guys had to like each other, you had to be all these things’ and it was bringing up these emotions for me.”

She added, “It was making me feel like people just have this certain perception of me or of Artem and because of the timing of everything. And these dreams gave me clarity of that, and kind of took that feeling away.”

Bella and the Russian dancer went Instagram official in January 2019. One year later, the couple announced their engagement via Instagram before they revealed they were expecting their first child together. Bella and Chigvintsev welcomed their baby boy, Matteo, in July.

Read More: Nikki Bella: Dreams About My Exes Gave Me ‘Clarity’ With Artem