Michelle Money Reveals How Clare Is Dealing With ‘Bachelorette’ Criticism

Clare Crawley may have found The One with Dale Moss — but not everyone in Bachelor Nation is rooting for her. The season 16 Bachelorette’s bestie Michelle Money opened up about how Clare is dealing with the critics and haters on Us Weekly’s “Here for the Right Reasons” podcast.

‘Bachelor’ Villains: Where Are They Now? Read article

“When I spoke to Clare the other day, she was really struggling, having a hard time,” Michelle, 40, told Us. “[But] this is what’s amazing about Clare. She’s like, ‘All these people that are giving me hate, I just want to help them heal. I want to help them.’ … There’s been some hate and there’s been some negativity [but] Clare just wants to show up and help lift everyone up.” 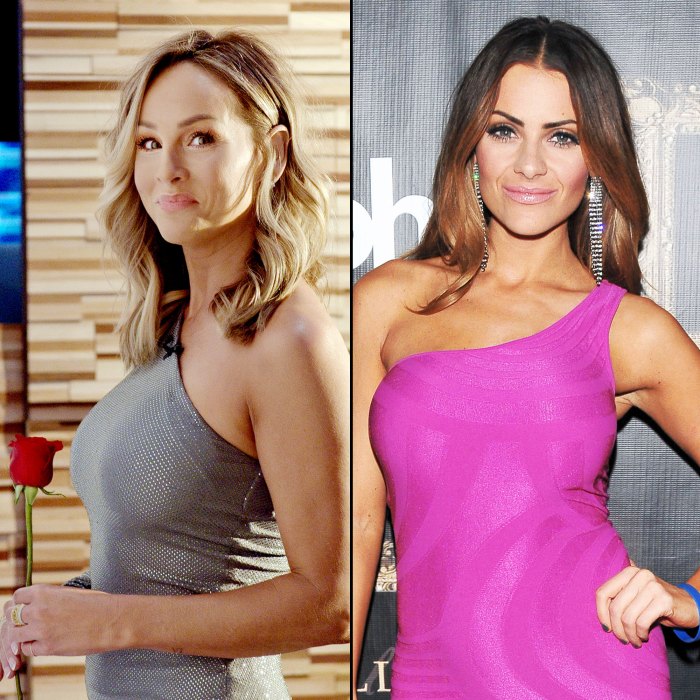 Clare, 39, has made headlines for how quickly she fell for Dale, 32, on season 16 of The Bachelorette. On the Tuesday, October 27, episode fans heard the hairstylist refer to the former football player as her “fiancé” and see her seemingly neglect the other guys. According to Michelle, who has been friends with Clare since before their season of Bachelor in Paradise in 2014, editing played a role.

“Clare spent an equal amount of time with every single one of those guys. That’s what frustrating, you don’t get to see the whole story,” Michelle told Us. “The way that they’re editing this story line is so out of context, it’s just so frustrating as her friend. … Do you really, honestly think she wasn’t talking about any other guy?”

The Utah native added that a lot of contestants have been done “dirty” by producers over the years.

“But it’s the price you pay for going on the show and the positives always, always outweigh the negatives,” Michelle, who was the “villain” on season 15 of The Bachelor with Brad Womack in 2011, concluded. “Maybe it doesn’t feel like it when you’re in it. But as you look back, you’re like, ‘Whoa.’ Just for your own personal growth and what you learn and how you evolve as a human. It’s the hard times in life that make us really strong. And that’s one thing Clare knows for sure, so she’s going to come out of this better than ever.”

For more from Michelle — including how she feels about Tayshia Adams taking over for Clare as the Bachelorette and whether Clare and Dale talked pre-filming— listen to Us Weekly’s “Here for the Right Reasons” podcast.