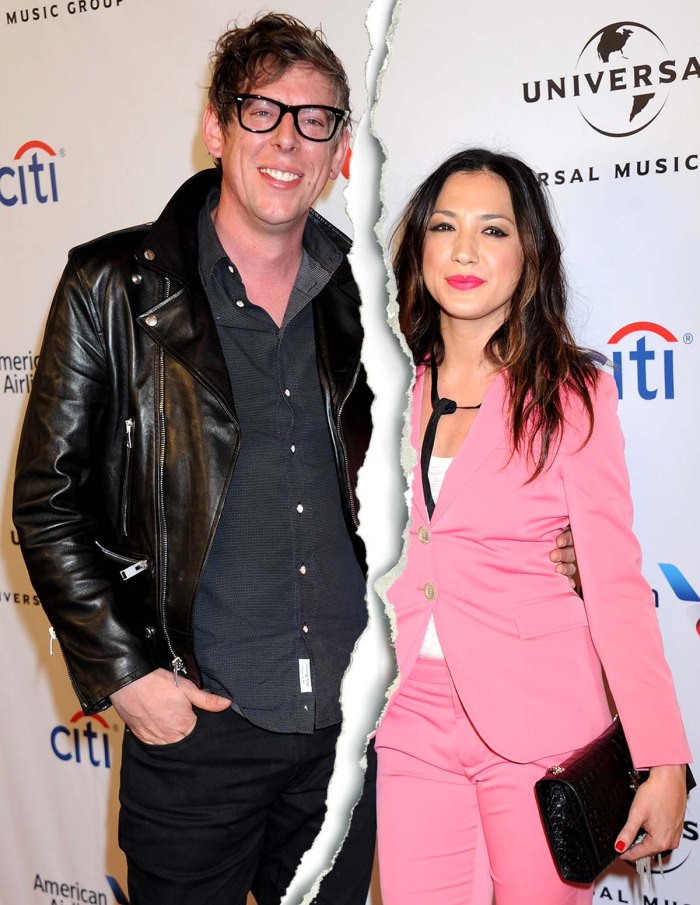 It’s over. Michelle Branch and husband Patrick Carney have called it quits after three years of marriage, Us Weekly can confirm.

“To say that I am totally devastated doesn’t even come close to describing how I feel for myself and for my family. The rug has been completely pulled from underneath me and now I must figure out how to move forward,” Branch, 39, said in a statement to Us on Thursday, August 11. “With such small children, I ask for privacy and kindness.”

The singer, 39, met the Black Keys drummer, 42, in 2015 while they were working on Branch’s Hopeless Romantic album, and the musicians started dating shortly afterward. In March 2017, the “Everywhere” artist opened up about working with Carney and the way their collaboration and friendship eventually led to sparking a romance.

“The record wouldn’t have seen the light of day had he not been involved. That’s why it was important for him to be up there — when we were making it felt like us against the world,” she gushed of her then-beau during an interview with Billboard. “Pat has said, ‘I remember seeing you on MTV in the early 2000s and thinking you were really cute.’ It’s like, why couldn’t we have just met each other in our twenties? We would have saved so much heartache!”

Carney popped the question to Branch on her birthday in 2017. One year later, the two welcomed their first child together, son Rhys, now 3. “Patrick and I are over the moon in love with our son Rhys James Carney,” the doting mom captioned an Instagram post at the time. “Born August 28th, 2018 at 11:48pm. 8 lbs 13oz 20 inches.”

In April 2019, the pair tied the knot at the Marigny Opera House in New Orleans. In the days leading up to the nuptials, Branch teased the big event via social media. “Love is in the air (and tequila after champagne was a bad idea),” the Arizona native wrote alongside an Instagram snap of her kissing Carney at a party.

Before calling it quits, the twosome welcomed their second child together, daughter Willie Jacquet, in February following a previous miscarriage in December 2020.

“Just when we were rounding third and heading home (A baseball metaphor?! I know.) 2020 was like, ‘Nah, I ain’t done yet.’ December decided to really finish us off with a bang! No, literally,” the Hotel Paper songstress wrote. “A bomb went off in downtown Nashville yesterday. And to further twist a dagger in my heart, I experienced my first miscarriage (ugh! Motherf—ker!).”