Dirty deeds? Meghan King seemingly fired back at her estranged husband, Jim Edmonds, after he claimed she left their family home in St. Louis “dirty and messy” when she moved out.

Hours after Edmonds, 50, shared videos on Thursday, December 10, of the pair’s home via his Instagram Stories, revealing that trash was “just left behind” and there were fingerprints on the refrigerator, King shared a quote via social media about creating a happy home.

“My home is filled with toys, has fingerprints on everything and is never quiet,” the quote read on her Instagram Story. “My hair is usually a mess and I’m always tired, but there is always LOVE AND LAUGHTER. In twenty years my children won’t remember the house or my hair, but they will REMEMBER the time we spent together and the LOVE they felt.” 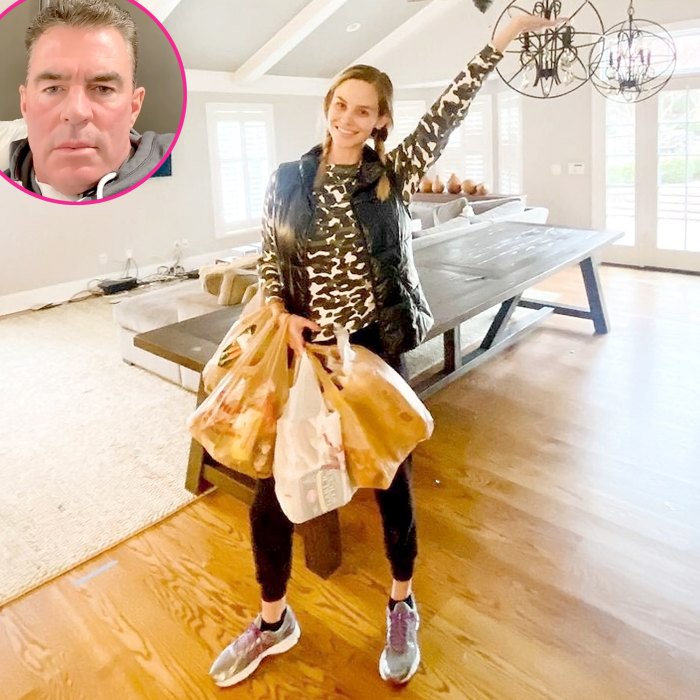 The former Real Housewives of Orange County star, 36, added a double pink heart emoji alongside the message. She posted a second uplifting quote about moving forward.

“Be thankful that you’re not where you used to be in life. You’ve outgrown so much and you’re still learning. You’ve survived a lot and it made you a better person,” the quote read. “Give yourself credit for making it this far. Some of your best days are ahead of you. Keep going, and don’t give up.”

King also shared a photo of herself on Thursday in the estranged couple’s house — with no trash in sight — as she left the property for good.

“I have the contents of my freezer in the grocery bags and I’m OUT! I cried as I left my beautiful former home 👆🏼 of 6 1/2 years and thanked it for all the lovely memories as I walked through each room,” she captioned the snap. “Bringing home all 3 of my babies here, having some GREAT laughs with friends, hosting my family for holidays.”

The former reality star noted that “the era has ended” for her in the St. Louis pad “and now it’s time for this mama to shine – solo.”

She added: “May only happiness and joy exude from my new house and may my old house be purchased by a family who will love it as much as I did. 💫 Onward and upward!” 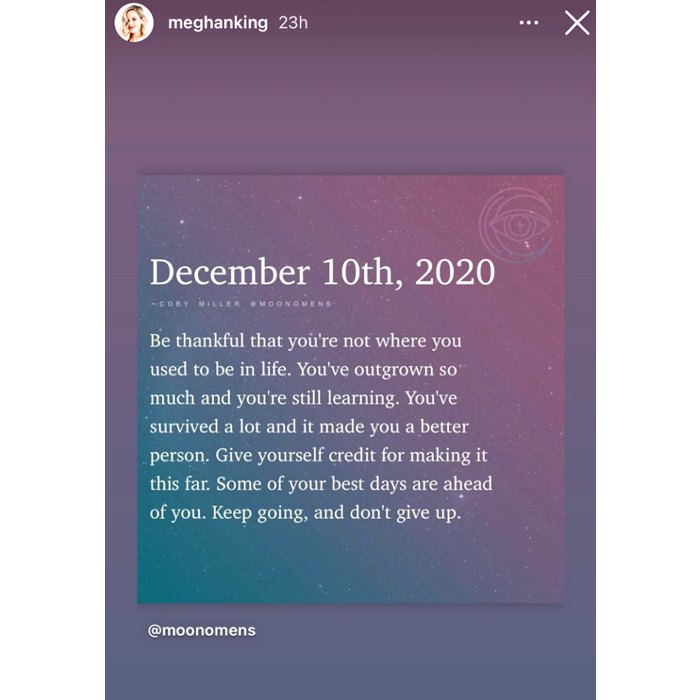 When one of her followers commented on her post, she was quick to respond. “Maybe the stuff left behind is his stuff?!?! Plus, maybe he told her not to clean it or there is a cleaning crew hired to come in. Jim is a douche,” the comment read. King replied, “I hired my cleaning lady to clean. She actually cleaned today (coordinated with my ex but I provided and paid for her). What happened?”

The retired MLB player claimed on Thursday that there were “lots of fingerprints” on the drawers as he returned to the house following King’s departure.

“I didn’t realize that someone would leave a house dirty and messy,” he said in one of the videos. He later said he discovered “some poop in the toilet” and “more trash” in the bathroom.

Following Edmonds’ videos, a source told Us Weekly that “it took close to a year to get Meghan to finally leave the house so Jim could put it up for sale.” The insider added that when she did vacate the property, she left the place “looking like a pigsty.”

A second source, however, told Us that “Meghan hired a cleaning person to go to the home” but Edmonds had changed the code so she could not get in. The insider noted that King arranged for the cleaner to come back later in the afternoon to clean.

King exclusively told Us that she is “choosing to only look for the positive because the negative is too much for me to take on right now” following her move. She noted that she is “going through an emotionally heavy transition” right now.

The mother of three is focused on the road ahead. “I’m very excited to be in my new home with my children!” she added.

The former athlete, who shares three children with King, daughter Aspen, 4, and twins Hart and Hayes, 2, moved out of the house in November 2019. His move came one month after Us broke the news that Edmonds filed for divorce from King after five years of marriage.

King, for her part, moved into a new home in St. Louis last month with the pair’s kids.