“Afraid,” which is available on all streaming platforms, includes the lyrics: “I’m afraid to give up my heart / I’m afraid to lose against love / I’m afraid, afraid to be broken apart / So I play, I play safe / Holding my guard.”

The Young and the Restless alum’s single came after Lovato, 28, performed her new song “Commander in Chief” at the 2020 Billboard Music Awards on Wednesday, October 14. 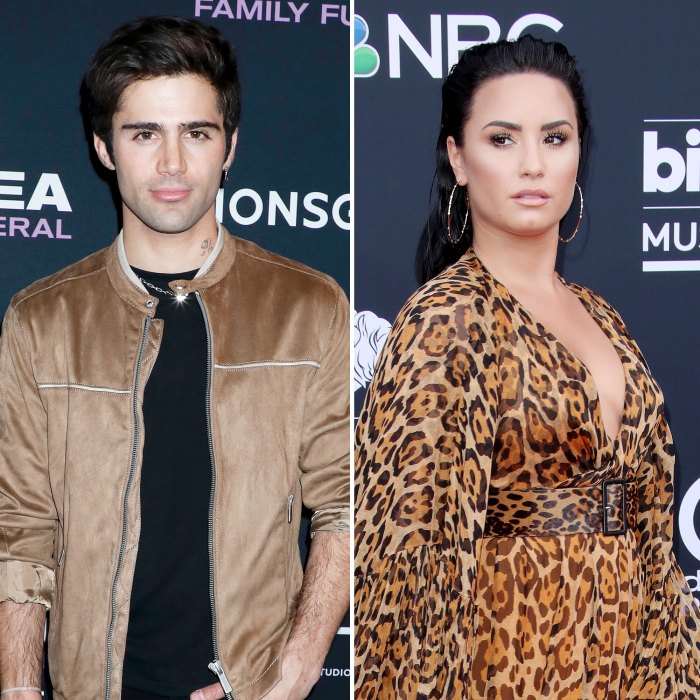 The politically charged track is the Sonny With a Chance alum’s second release since calling off her engagement to Ehrich, 29, last month. She dropped “Still Have Me” on September 30, which is inspired by their breakup.

“I hope the song is No. 1,” the Daytime Emmy nominee said in an emotional livestream at the time, throwing shade at his ex. “Because you know what? If that’s what someone wants in the material world, here you go, you have it.”

Us Weekly confirmed on September 24 that Lovato ended things with Ehrich two months after he proposed. The Southern Gospel star asked the former Disney Channel actress to marry him in July after dating for just four months.

Following the breakup, the pair both wiped their social media accounts clean of memories of one another and turned to music.

While Lovato put out her two new tracks, a source told Us this month that Ehrich “has written so many love songs about [Demi] when they were in a relationship, so he is figuring out plans for those as well.”

He has also teased his music on Instagram while dealing with the heartbreak.

“’I’ve played it in the movies.. But never felt it move me.. til you came through.. now I believe in love again.. thanks to you.’ ❤️ original,” he wrote alongside a clip of himself singing on October 4.

The same day, the Grammy nominee went to the Halloween drive-through experience Nights of the Jack in the Calabasas neighborhood of Los Angeles with friend Matthew Scott Montgomery.

Demi! Brooklyn! Stars Who Got Engaged Amid the Pandemic Read article

A source told Us at the time that Lovato “has been surrounding herself” with friends, while Ehrich “is in shambles about the whole situation.”

The Camp Rock actress “has been acting as though she was never engaged to Max and that their relationship never happened,” the insider added.