A connection so strong that you can feel it through the screen? Andy Cohen asked Matthew McConaughey if he could feel the “sexual tension” between exes Brad Pitt and Jennifer Aniston at the Fast Times at Ridgemont High table read — and he (almost) told fans exactly what they wanted to hear.

“Could I feel the heat through the screen of Brad? So palpable. Yeah, yeah, it was so palpable,” the 50-year-old actor sarcastically replied on Watch What Happens Live With Andy Cohen on Thursday, October 29.

McConaughey, who portrayed Mike Damone during the September 17 virtual table read, was seemingly surprised by the hoopla surrounding Pitt and Aniston’s reunion. 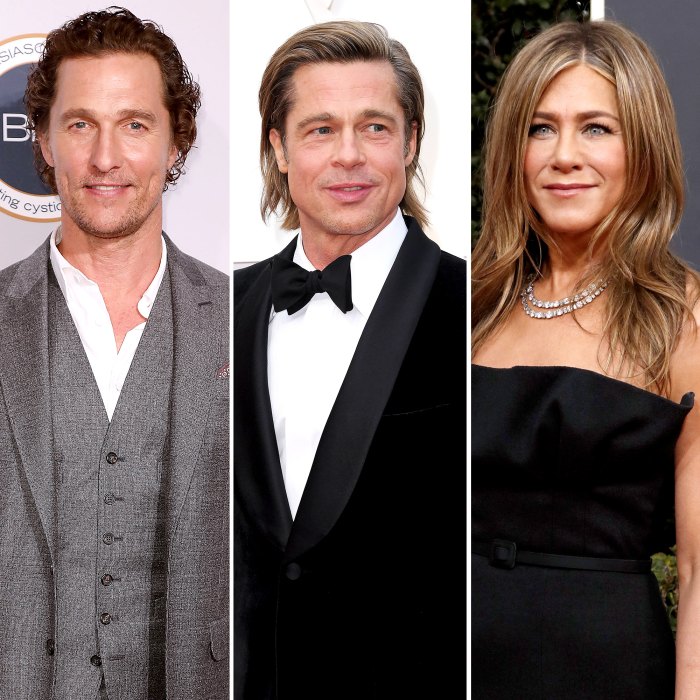 “I noticed that after, that a lot of the topics were about that, or about them,” the Greenlights author told Cohen. “No, I actually didn’t notice anything through the screen, but that made for a good topic the next day.”

The former couple, who were married from 2000 to 2005, joined several A-list stars, including McConaughey, Jimmy Kimmel, Morgan Freeman, Henry Golding, Shia LaBeouf and Julia Roberts, to read the script of the 1982 film over Zoom to raise money for charity.

Pitt, 56, and Aniston, 51, caused a social media frenzy when he joined the virtual call and referred to the Friends alum by her last name.

As clips from the special went viral last month, a source told Us Weekly that the pair “both enjoyed themselves” as they took on roles originated by Judge Reinhold and Phoebe Cates. 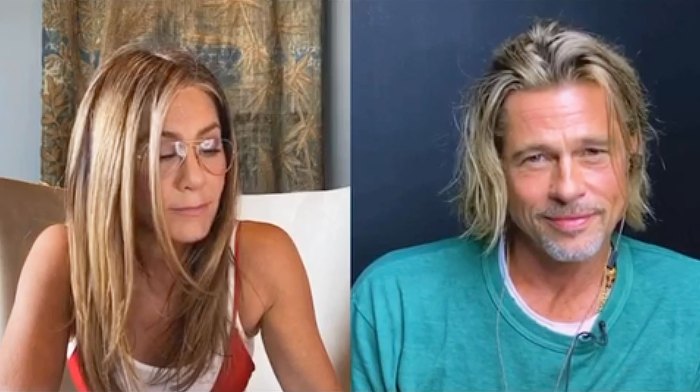 “It used to bug them how everyone pulls for them to get back together, but now they laugh it off,” the insider told Us. “The truth is they have each other’s backs. They constantly bounce ideas off each other and share happy news when they have it. They have such a natural, easy energy together.”

The Fast Times table read marked their second headline-making reunion in 2020. Back in January, the twosome were spotted congratulating each other backstage at the SAG Awards. Pitt was also seen watching her acceptance speech for The Morning Show.

“He was very into it. He wanted to hear what she had to say,” an eyewitness told Us at the time. “He looked proud. When he walked away after her speech ended, it appeared he wiped his eye.”

Pitt went on to marry Angelina Jolie in 2014. The duo, who were together for more than a decade, called it quits in 2016. They share six kids. More recently, Us confirmed that the actor’s whirlwind romance with Nicole Poturalski came to an end.

Aniston, for her part, split from Justin Theroux in 2018 after less than three years of marriage.