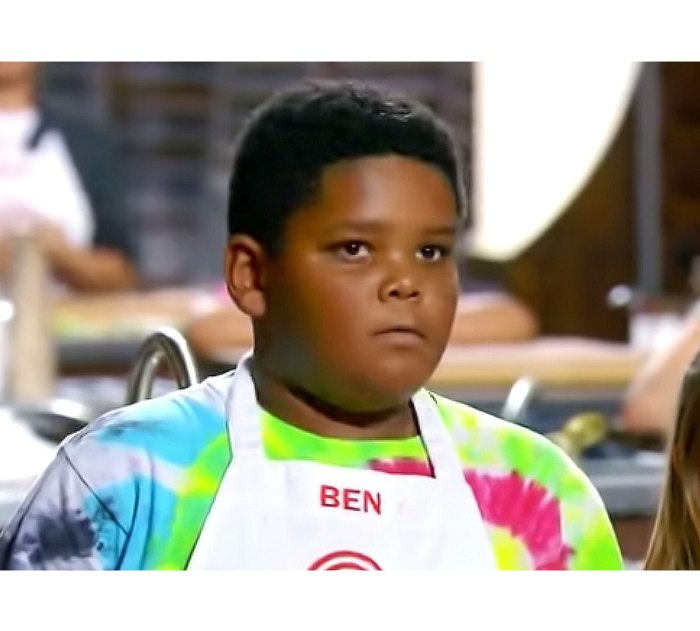 Gone too soon. Ben Watkins, who appeared on season 6 of MasterChef Junior in 2018, died on Monday, November 16, after fighting cancer. He was 14 years old.

“Our Ben went home to be with his mother Monday afternoon after a year-and-a-half-long battle with cancer,” Ben’s grandmother Donna Edwards and uncle Anthony Edwards shared in a statement on Tuesday, November 17, on Watkins’ GoFundMe page. “After losing both of his parents in September 2017, we have marveled at Ben’s strength, courage and love for life. He never, ever complained. Ben was and will always be the strongest persons we know.”

In July, the GoFundMe page went live revealing that Watkins had been diagnosed with a rare soft tissue tumor three years after the deaths of his parents, Mike Watkins and Leila Edwards. At the time, his family shared that shortly after his 13th birthday, Ben was diagnosed with angiomatoid fibrous histiocytoma and was only one of six people in the world with the condition. He underwent treatment at Lurie Children’s Hospital of Chicago and began chemotherapy on July 30.

“When Ben’s rare illness was shared with the world, he was so heartened by the outpouring of love he received from every corner of the globe — especially here in his hometown of Gary, Indiana,” the family continued in a statement on Tuesday. “We cannot thank this community enough for holding our family up in prayer and for all that you’ve done. Ben suffered more than his share in fourteen years on this Earth but we take solace in that his suffering is finally over and in that, in the end, Ben knew he was loved by so many.”

The GoFundMe #Love4Ben campaign began in 2017 after Ben’s parents died in a murder-suicide. Mike, 46, reportedly fatally shot Leila, 43, before taking his own life. After Ben’s episodes of MasterChef Junior aired in early 2018, his family was able to create a trust fund of nearly $30,000.