Marvel’s Spider-Man: Remastered for PS5 will offer an updated experience for the Insomniac Games adventure that smashed records and was a perfect hit for Marvel fans. For those looking to scoop up this version of the game, not only will you get a newly recasted Peter Parker, but you’ll be getting three new Spidey suits to go with him.

While not all three of the suits have been revealed, we do have our first look at one of them with the newly added The Amazing Suit. Like the other Spidey gear found in-game, the Amazing Suit remains faithful to the source material with that spiffy modernized flair: 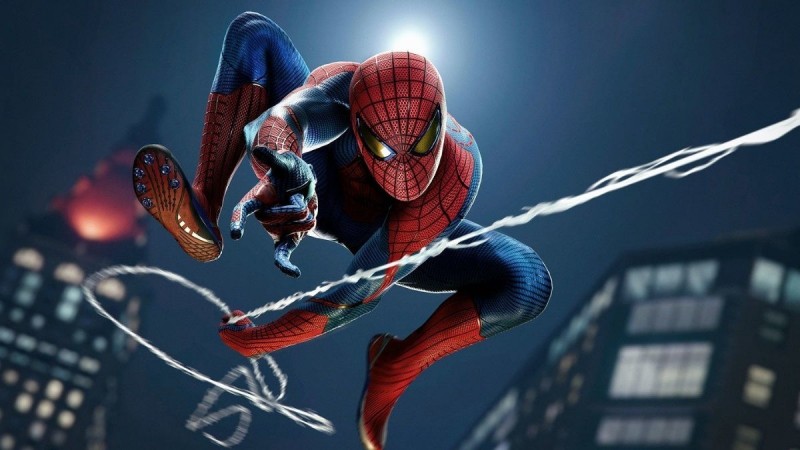 The new suit looks stunning and the attention to detail is beyond incredible. As mentioned in our previous coverage, the team has made quite a few notable upgrades to the Remastered version of Marvel’s Spider-Man beyond new suits. From a new face for Peter Parker to targeted 60 fps performance, the Remastered edition of the Insomniac Games hit is the perfect excuse to dive back in or to join in on the fun for anyone that missed out during the PS4 launch.

While the latest blog post did mention that the new suits would be arriving to the PS5 version of the game, since that was the main focus, it is unclear if the new cosmetic additions are next-gen exclusives. Given the nature of the reveal, it wouldn’t be the silliest thing to assume these are PS5 Remastered exclusives, but perhaps they will make their way to the PS4 version of the game later on down the line.

As for when Marvel fans can get their hands on the beautified super hero adventure, Marvel’s Spider-Man: Remastered swings its way onto PlayStation 5 and PlayStation 4 on November 12.

Thoughts on the recast and the new suit reveal? What other iconic cosmetics are you hoping to see Insomniac Games add to Marvel’s Spider-Man: Remastered? Sound off with your thoughts in the comment section below, and feel free to also mosey on over to our game hub here to catch up on all of the latest news.