Maren Morris spoke out on Saturday, December 12, after country superstar Charley Pride died of complications from coronavirus, just a month after performing at the CMA Awards.

“I don’t want to jump to conclusions because no family statement has been made, but if this was a result of the CMAs being indoors, we should all be outraged. Rest in power, Charley,” the “Better Than We Found It” singer, 30, tweeted, adding, “F—k this f—king year.”

I don’t want to jump to conclusions because no family statement has been made, but if this was a result of the CMAs being indoors, we should all be outraged. Rest in power, Charley. https://t.co/rSIbsLNwYj

Pride, who was the first Black member of the Country Music Hall of Fame, died in Dallas on Saturday at the age of 86. His death came a month after he performed at the Country Music Association Awards, which were held indoors at the Music City Center in Nashville, Tennessee, on November 11. 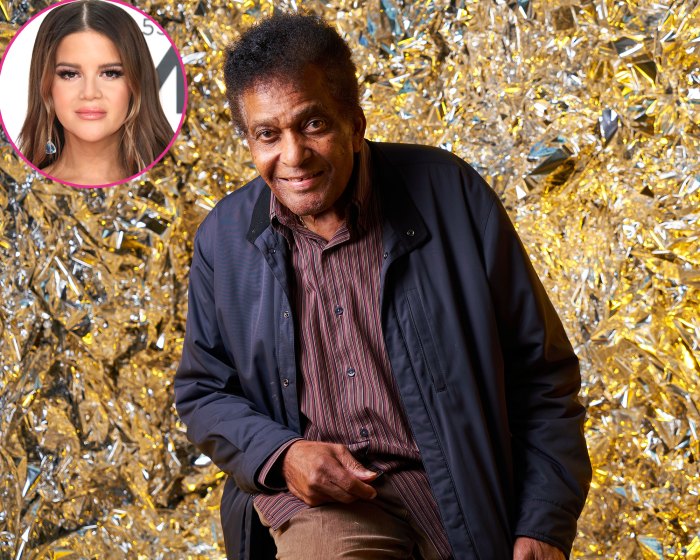 Singer Mickey Guyton, who was also at the awards show, replied to Morris’ tweet, writing, “Gurl I thought the same damn thing.”

A CMA rep told TV Line last month that “every single person” entering the venue was tested for coronavirus and some were tested repeatedly in the week leading up to the awards show “as an extra measure of caution.”

Hours before the broadcast, Lady A announced via Instagram that they would not be attending the CMAs because “one of our immediate family members has just tested positive for COVID-19 this week.”

Lady A was supposed to perform with show host Darius Rucker, while the group’s Hillary Scott was set to take the stage with Thomas Rhett and other singers. Prior to pulling out of the show, Charles Kelley pretaped a performance with Carly Pearce, stepping in to replace Lee Brice, who had tested positive for coronavirus.

Rascal Flatts also canceled plans to perform at the CMAs after announcing that one of the band’s members had also tested positive. Florida Georgia Line also pulled out after Tyler Hubbard revealed he “got the Rona,” as did musician Jenee Fleenor.

Listen on Spotify to Us Weekly’s Hot Hollywood as each week the editors of Us break down the hottest entertainment news stories!