“Tickets is essentially my diary, because I did fall in love during the making of this record,” Kelly, 30, told NME on Friday, October 23, referencing his new album, Tickets to My Downfall. “And I did become a better person.”

The “Forget Me Too” singer explained that he was “coked out of my mind in a drunken stupor” when he began recording the album, and that there was “probably a crossroads in the middle of making this album where the title would have lived up to the reality,” but things changed when his relationship took shape. 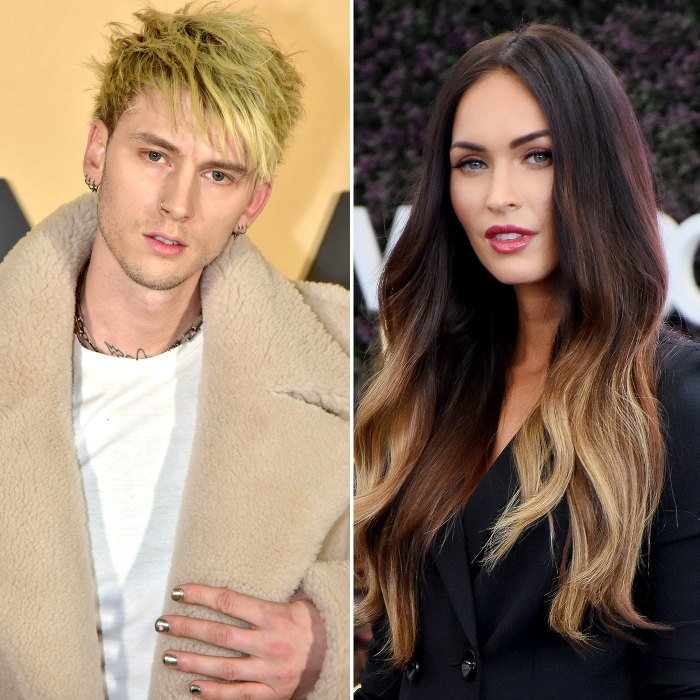 “I think the universe caught on to me wanting to make a change. It was like, ‘Maybe we won’t make this a reality; maybe we’ll make this ironic,’” he said. “Instead of the downfall, go ahead and have the biggest rise of your f–king life.”

The couple, who met on the set of Midnight in the Switchgrass, documented their love on one of the songs as well.

When listening to “Banyan Tree — Interlude,” the pair can be heard talking lovingly back and forth with Kelly telling Fox that he’ll “cherish” their time together.

“You know what’s so beautiful, bro? Love is the one thing that can’t be restricted,” the “Bloody Valentine” rapper added. “No one has the power to stop that, as much as so many have tried in my life thus far.”

Us Weekly broke the news in June that Fox, 34, had moved on with the musician one month after her estranged husband, Brian Austin Green, confirmed that he and the Transformers star had split after nearly 10 years of marriage.

Since going public with their relationship, Kelly and Fox have packed on the PDA over the past few months, including their steamy scenes in his “Bloody Valentine” music video and “Drunk Face” video.

The Dirt actor has also met Fox’s three sons, Noah, 7, Bodhi, 6, and Journey, 4, who she shares with Green, 47. Kelly is also a father to 12-year-old daughter Cassie from a previous relationship.

Last month a source told Us that “Megan cut the chord with Brian and was just over it” and that “it had to do with her meeting MGK, but both of them know it was finally time to call it off.”

The Beverly Hills, 90210 alum, for his part, “doesn’t care that Megan and MGK have been flaunting their relationship,” the insider added.

A second source told Us that the Anger Management alum is “totally fine about them getting more serious” because Green is “doing his own thing and there’s no animosity.”