Kelly Ripa has a unique approach for showing just how much she loves her longtime husband, Mark Consuelos.

Kelly Ripa and Mark Consuelos: A Timeline of Their Relationship Read article

On Wednesday, December 9, the Live With Kelly and Ryan cohost, 50, took to her Instagram Story to unveil her printed throw pillow that features a racy shot of Consuelos. The Riverdale star, 49, is shown shirtless while wearing black swim trunks.

“Thank you @vistaprint,” she captioned the video clip, which is set to Marvin Gaye’s “Let’s Get It On.” 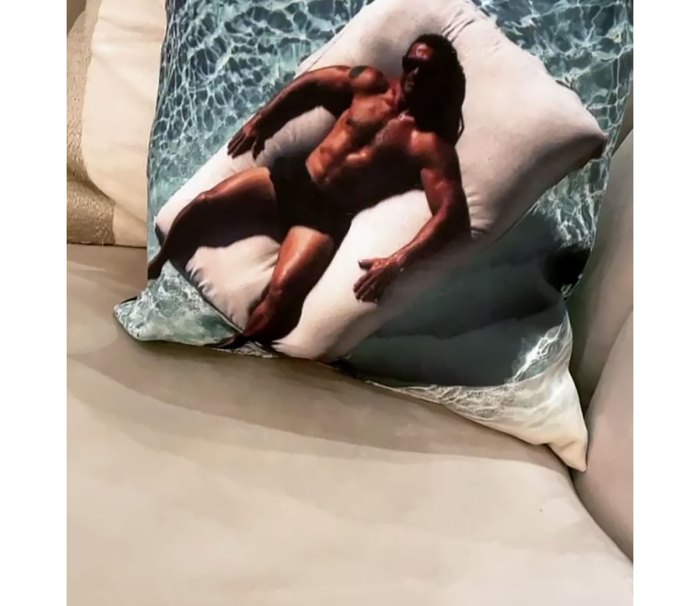 This isn’t the first time Ripa has shown off a pillow featuring her husband’s face. Last October, the Hope & Faith alum received a life-size Consuelos pillow from a fan during a taping of her morning show.

Ripa’s love for the gift was then seen across her Instagram Story, where she shared multiple posts with the Consuelos-inspired item. Though she thoroughly enjoyed the pillow, she noted that it was “missing the best part of” the actor — hinting at his bottom half.

The New Jersey native has been married to Consuelos since 1996. The longtime couple share three children: Michael, 23, Lola, 19, and Joaquin, 17.

Earlier this year, Ripa revealed the secret to the couple’s long-lasting marriage. “You’re going to fight, you’re going to have disagreements. Relationships, marriages are not sprints, it’s a marathon,” she said on her ABC talks show in January. “There’s going to be, like, mile 24, when you’re like, ‘I quit.’ But you just got to push through. Just push through.”

The former Homemade Millionaire host noted that “there’s really nothing that’s that insurmountable” in a marriage, adding, “You’re going to fundamentally not agree on things. And if you take a breath, you usually can’t remember what you’re fighting about.” 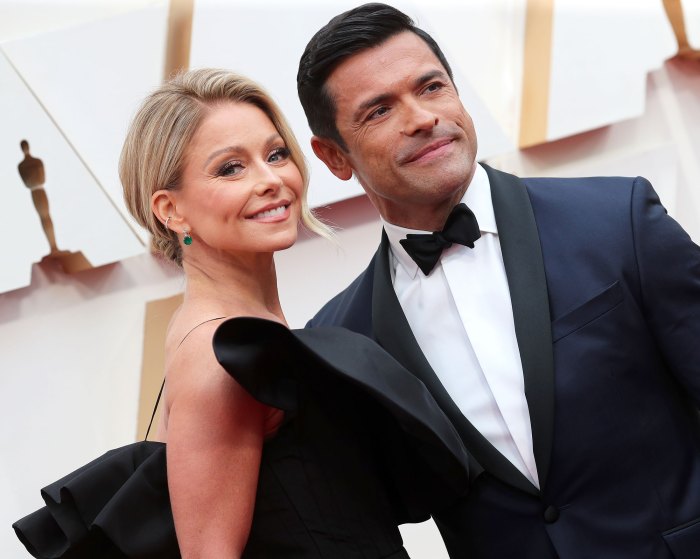 Consuelos has also explained what he believes has contributed to the pair’s longevity. “I’m an incredibly slow learner, so I feel like I’m just getting it,” he joked to Esquire in 2019. “Like, ‘Oh, this is what you’re supposed to do,’ or, ‘OK, sometimes ‘yes’ means ‘no.’ After 23 years, I’m just learning that — so, I don’t think I could give anybody advice.”

The Nine Lives actor continued, “I guess sometimes you see these public marriages end and you wonder, ‘Really? You’re going to quit now? It’s just been a couple of years, maybe you should try to stick it out.’ It’s kind of great to have a life together with someone. Of course, I’m not supporting staying in a horrible marriage. I’m just saying, if you can, maybe wait until it calms down a little bit. Wait until the magic happens.”