Serving her time. Lori Loughlin reported to prison on Friday, October 30, after pleading guilty in the nationwide college admissions scandal, multiple sources confirm to Us Weekly.

The Full House alum, 55, arrived at the Federal Correctional Institution in Dublin, California, the same place where Felicity Huffman served 11 days of her sentence in October 2019. Per the judge’s ruling, Loughlin was required to begin her sentence before November 19. An insider tells Us that Loughlin’s husband, Mossimo Giannulli, “was with her when she surrendered.”

Loughlin and Giannulli, 56, entered their guilty pleas virtually in May after denying their involvement in the bribery scam for nearly a year. The U.S. Attorney’s Office confirmed the previous day that the couple, who tied the knot in 1997, accepted a plea deal following their May 2019 arrest. 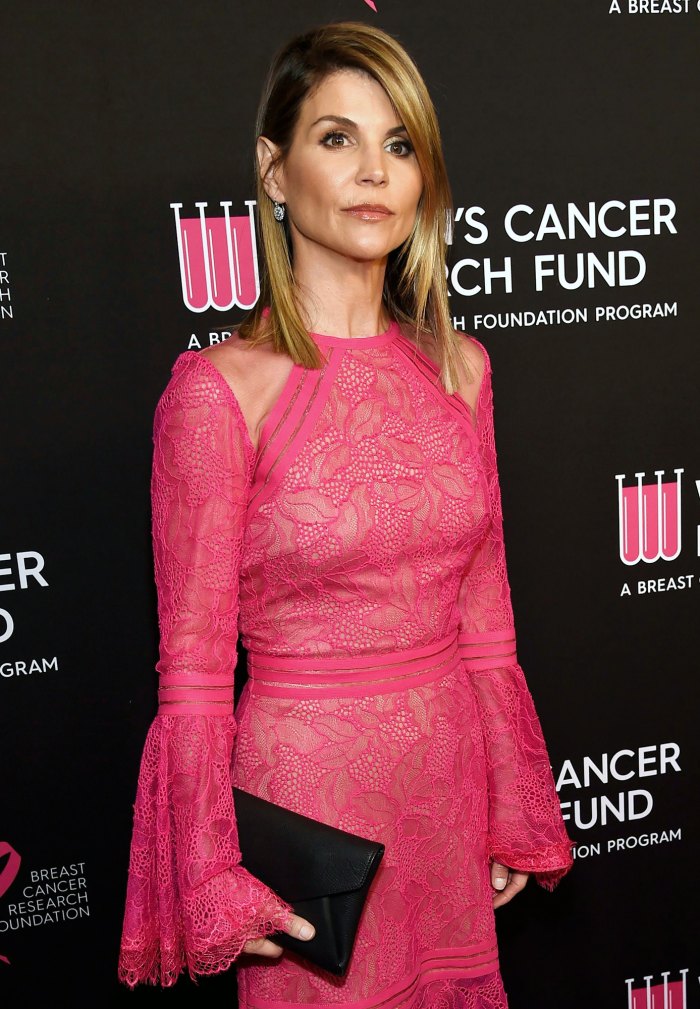 Loughlin’s deal included two months of prison, two years of supervised release with 100 hours of community service and a $150,000 fine. Giannulli will be sentenced to five months in prison, two years of supervised release, serve 250 hours of community service and pay a $250,000 fine. Shortly after news of their guilty pleas made headlines, a source told Us exclusively that the pair hoped to serve their jail time separately.

“Lori and Moss don’t want to serve their prison sentences at the same time. Among the reasons, even though their daughters are adults, Lori wants one parent to be free to provide emotional support to the girls,” the insider explained. “Lori’s concern all along has been Isabella and Olivia Jade.”

The Summerland alum and her husband were accused of paying $500,000 to guarantee that their daughters, Bella, 21, and Olivia Jade, 20, would be accepted into the University of Southern California as crew recruits. Though the girls were “devastated” by their parents’ choice to plead guilty at first, they eventually changed their tunes.

“They’re proud of their mom and dad,” another source told Us. “It will be surreal for Isabella and Olivia to visit them behind bars, but this is a much better outcome than what they envisioned.”

The insider added that Loughlin and Giannulli’s daughters were relieved that their parents would only be serving a few months in prison. However, the couple’s punishment is more extreme than the jail time Huffman, 57, completed last fall. The Desperate Housewives alum pleaded guilty to fraud charges for paying $15,000 to increase her daughter Sophia’s SAT scores and was sentenced to 14 days in federal prison. She was also asked to pay a $30,000 fine, finish 250 hours of community service and serve a year of supervised release.

The Biggest Names Associated With the College Admissions Scandal: Where Are They Now? Read article

In October 2019, the actress was released from federal prison after serving only 11 days of her sentence.