Lori Loughlin Is Expecting to Be Released from Prison Before Christmas

Home for the holidays? Lori Loughlin reported to prison early because she hopes to complete her two-month sentence before Christmas, a source tells Us Weekly.

“As of right now, Lori is being told she will be released before the New Year,” the source adds. “Lori wants all this behind her as soon as possible so she can start next year off with a fresh start.” 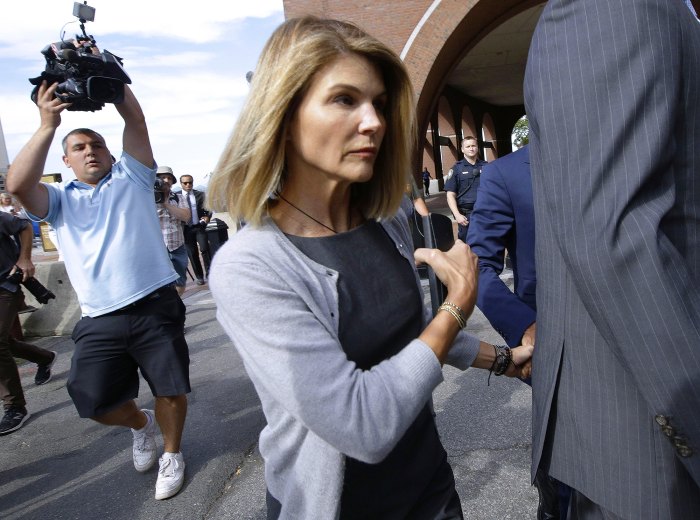 The 56-year-old Full House alum surrendered to the Federal Correctional Institution in Dublin, California, on Friday, October 30. According to another insider, Loughlin’s husband, Mossimo Giannulli, was by her side when she arrived at the same facility where Felicity Huffman served 11 days of her sentence in October 2019. The source adds that Loughlin reported to Dublin because they have “lower COVID-19 numbers” than the federal correctional institution in Victorville, California, where she initially requested to serve her time.

Loughlin was arrested in March 2019 after she and Giannulli, 57, were accused of paying $500,000 to facilitate their daughters Bella Giannulli and Olivia Jade Giannulli’s admissions into the University of Southern California. After initially pleading not guilty, the couple agreed to a plea deal in May. Three months later, Loughlin was ordered to two months in prison, a $150,000 fine and two years of supervised release with 100 hours of community service.

Mossimo, meanwhile, has been ordered to five months in prison, a $250,000 fine, two years of supervised release and 250 hours of community service. The fashion designer has until November 19 to start his sentence and is expected to serve his time at The Federal Correctional Institution, Lompoc.

While Mossimo kept his statement to the judge brief during his virtual sentencing on August 21, Loughlin got visibly emotional as she apologized for her role in the scandal.

“I made an awful decision. I went along will the plan to give my daughters an unfair advantage in the college admissions process,” the former Hallmark Channel star said. “In doing so, ignored my intuition and allowed myself to be swayed from my moral compass. I thought I was acting out of love for my children, but in reality, I had only undermined and diminished my daughters’ abilities and accomplishments.”

Loughlin’s voice began to crack as she spoke about redemption.

“While I wish I could go back and do things differently, I can only take responsibility and move forward. I have great faith in God and I believe in redemption and I will do everything in my power to redeem myself and use this experience as a catalyst to do good and give back for the rest of my life,” she said. “Your honor, I am truly, profoundly and deeply sorry. I am ready to face the consequences and make amends. Thank you for your time.”

Read More: Lori Loughlin Is Expecting to Be Released from Prison Before Christmas