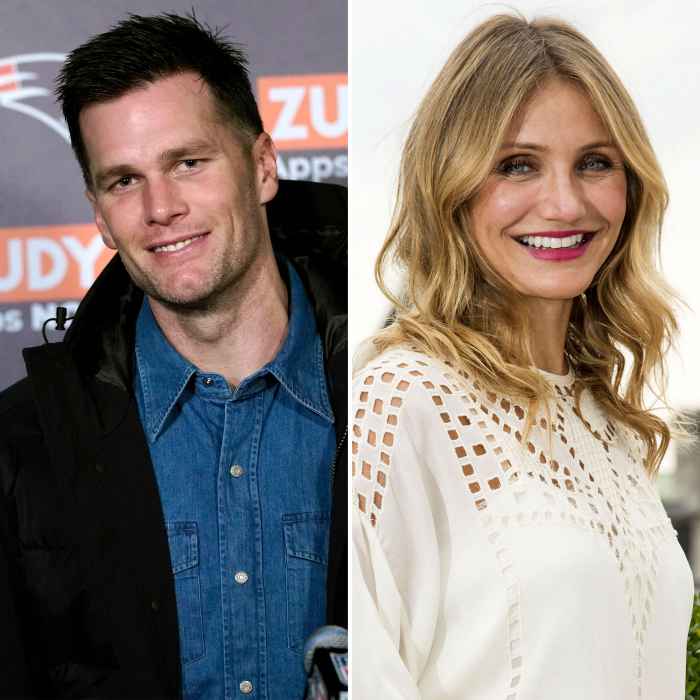 He’s been there. Tom Brady gave Cameron Diaz a call after Jamie Foxx said she needed some advice about returning to Hollywood.

Foxx, 54, shared a recorded conversation with Diaz, 49, on Wednesday, June 29, just after Netflix announced that the celebs would costar in Netflix’s action-comedy Back in Action, which will start production later this year.

“Cameron I hope you aren’t mad I recorded this, but no turning back now. Had to call in the GOAT to bring back another GOAT,” the Ray actor captioned the audio clip via Twitter.

Cameron I hope you aren’t mad I recorded this, but no turning back now. Had to call in the GOAT to bring back another GOAT. @CameronDiaz and I are BACK IN ACTION – our new movie with @NetflixFilm. Production starting later this year!! 🦊🐐 pic.twitter.com/vyaGrUmbWb

The soundbite featured Foxx calling the There’s Something About Mary star. “I’m so anxious right now,” Diaz said. “I’m, like, pacing the room. … I feel excited, but I don’t know how to do this, ya know?”

Luckily, the Oscar winner brought in an expert. “Listen, I got somebody on the other line that can help you with this. Can I click him in?” Foxx asked without mentioning who he had on the phone.

“I would love that,” the San Diego native said. “Any kind of tips I can get!”

“Oh, my God, is this Tom Brady?” Diaz asked with a giggle.

Brady replied, “I was talking to Jamie and he said you need a few tips on how to unretire. I’m relatively successful at unretiring.”

The Avaline wine cofounder said that the athlete’s perspective was “exactly what I needed.”

Brady famously announced his departure from the Tampa Bay Buccaneers to much fanfare earlier this year after winning Super Bowl LV. However, he came out of retirement just 41 days later.

“These past two months I’ve realized my place is still on the field and not in the stands. That time will come. But it’s not now,” Brady shared via Twitter in March. “I love my teammates, and I love my supportive family. They make it all possible. I’m coming back for my 23rd season in Tampa.”

Diaz confirmed via her Instagram Story on Wednesday that Back in Action will be her return to Hollywood after an extended break from the spotlight. “Jamie Foxx, only you could get me back in action!!! I can’t frickin wait it’s gonna be a blast!” she wrote.

The pair worked together on 1999’s Any Given Sunday and 2014’s Annie remake, which was Diaz’s final screen role before her retirement, which she officially acknowledged in 2018. The Charlie’s Angels star has been focusing on her family, which includes husband Benji Madden and daughter Raddix, 2.

“When you do something at a really high level for a long period of time, when you’re the person that’s sort of delivering on this one thing, everything around, all parts of you that isn’t that, has to sort of be handed off to other people,” Diaz told Kevin Hart during an August 2021 appearance on his talk show, Hart to Heart. “Just, the management of me as a human being … Cameron Diaz is a machine. But for my personal, spiritual self, I was realizing that one part of me that functioned at a high level wasn’t enough.”

A source exclusively told Us Weekly in March that Diaz has been offered many roles over the years, but she “politely declined” everything before Foxx and Netflix came to her.

“Naturally, [her friends] asked if she was certain [retirement] was what she wanted, but there was no doubt in their minds that Cameron could always come back if she wanted to,” the insider said at the time. “It wasn’t and still isn’t a total forever thing.”

Back in Action does not yet have a release date. Cameras will start rolling later this year.