In loving memory. Lisa Marie Presley broke her silence about her late son Benjamin Keough‘s death to pay tribute to him on what would’ve been his 28th birthday.

“My beautiful beautiful angel, I worshipped the ground you walked on, on this earth and now in Heaven,” Presley, 52, wrote via Instagram on Wednesday, October 21, three months after he died by suicide. “My heart and soul went with you.”

The “Lights Out” singer revealed that the “depth of the pain is suffocating and bottomless without you every moment of every day” and noted that she will “never be the same” without him. Presley posted a photo of her son sitting in front of a cake topped with candles from a past birthday and wearing a festive hat alongside her heartfelt tribute.

“Please wait for me my love, and hold my hand while I stay to continue to protect and raise your little sisters and to be here for Riley. I know you would want that,” she continued, referencing his sister, Riley Keough, and half sisters, Harper and Finley, 12. “Happy Birthday my sweet sweet Boy. You were much too good for this world. 😞💔.”

“Happy Birthday beautiful angel ⛈❤️⛈,” she captioned a series of photos of herself with her brother at her wedding to Ben Smith-Petersen in 2015. She also shared two throwback photos from when the pair were kids. 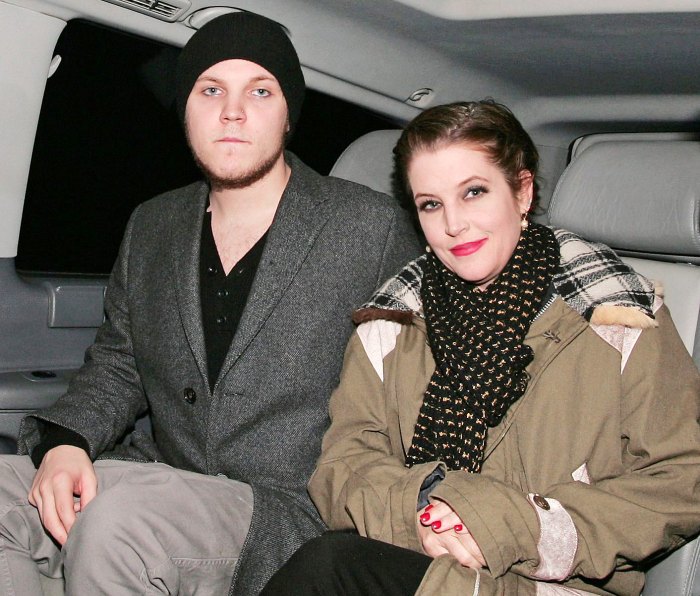 Since Benjamin’s passing in July, Riley, 31, has shared photos from their past as she mourns the loss.

“Two months without you. I would give anything for 1 more minute with you little brother 🌊,” she wrote last month alongside a photo of the duo playing around.

In August, the Runaways star posted a photo of herself with her arm around Benjamin from their youth, writing, “Love of my life 💫.”

Benjamin, who was the only grandson of Elvis Presley and Priscilla Presley, died at the age of 27 on July 12 from a self-inflicted gunshot wound. He was later laid to rest alongside his grandfather and other family members at Graceland.

A rep for Lisa Marie told Us Weekly in July that she was “entirely heartbroken, inconsolable and beyond devastated but trying to stay strong” for her other three children.

Lisa Marie shares Riley and Benjamin with ex-husband Danny Keough. She shares twins Harper and Finley with Michael Lockwood, who she filed for divorce from in June 2016.