Lindsie Chrisley: Why I Reconciled With Dad Todd Chrisley 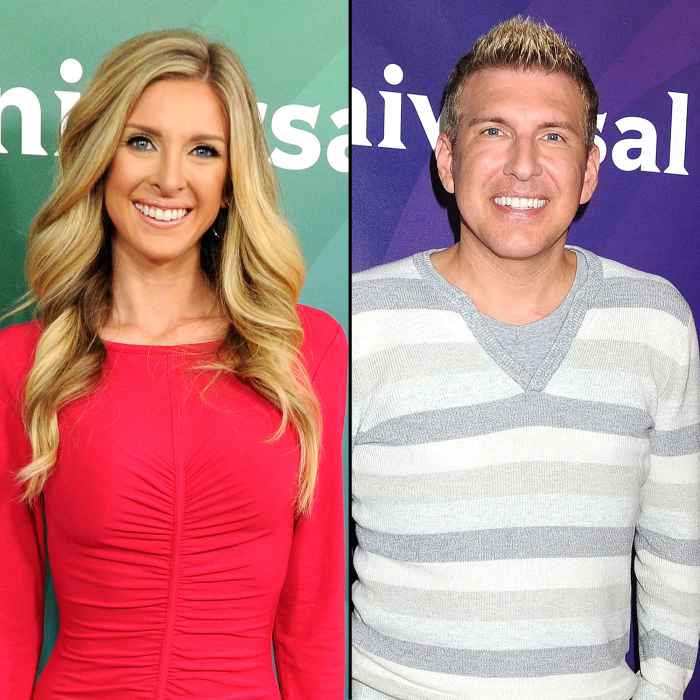 What really happened. Lindsie Chrisley set the record straight on when — and why — she reconciled with her dad, Todd Chrisley.

“The most common question I think is people wanting to know if we reconnected because of the trial or because of my divorce,” the reality star, 31, explained during a recent episode of her “The Southern Tea” podcast on PodcastOne. “I can confidently tell you there was no reconnection due to any legal reasons whatsoever. Nothing like that ever transpired.”

The “Coffee Convos” podcast cohost was previously estranged from the Chrisley family patriarch, 53, but the duo reconciled earlier this year as Todd and his wife, Julie Chrisley, went on trial for tax fraud. Lindsie ultimately testified in her dad’s defense, telling the jury that his priorities are “his children and his wife, in that order.”

Though some fans assumed that the father-daughter duo reconciled because of the legal proceedings, Lindsie said that they actually put their tension behind them when she split from husband Will Campbell. The USA personality and the Georgia State University alum, 33, called it quits in July 2021 after nine years of marriage.

“After my divorce stuff had become public, my dad had posted, ‘I’m here, I love you, whatever’s going on in your life right now I see it,’” Lindsie recalled on her podcast. “That’s really more so how we were able to reconnect. So, to answer that question — in short, it was definitely because of my divorce.”

Earlier this year, Lindsie opened up about how her dad’s trial had affected her coparenting relationship with Will, with whom she shares son Jackson, 10. 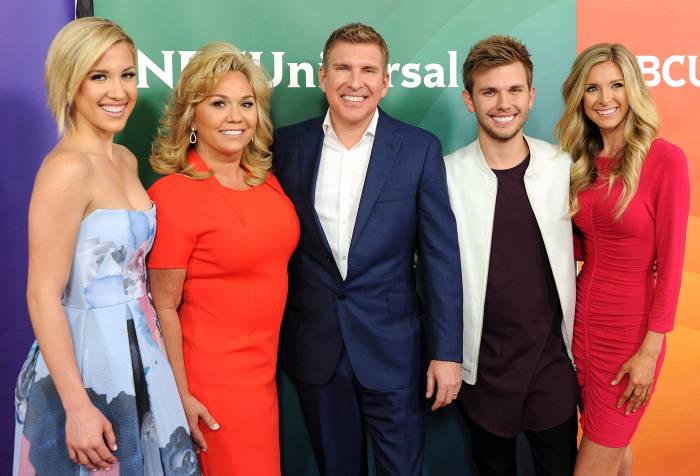 “[These] past two weeks has been the roughest, most uncertain time that I’ve ever felt in my life … and with coparenting schedules … that has been a little bit hard to navigate,” she explained during a June episode of her “Coffee Convos” podcast. “And normally Will is very good about, if we have something come up and I give all the details or whatever, it’s like, ‘It’s OK, we’ll switch.’ But in this situation, I definitely feel that there was a little advantage taken.”

Todd and Julie, 49, were convicted that same month on charges of bank fraud, tax fraud, conspiracy to commit bank fraud and conspiracy to defraud the United States. Julie was also convicted of obstruction of justice. Their sentencing is scheduled for October 6.

After the conviction, Lindsie claimed that Campbell didn’t reach out to offer support for her or her family.

“As you guys probably know, my parents were convicted last week and that was on Tuesday,” she recalled during the June “Coffee Convos” episode. “And I had sent Will a text just to let him know, like, ‘Hey, by the way, this is what just happened. And please keep the TVs off. Please keep the radio off.’ That’s it. I was with Will for 12 years, and in his family for 12 years, very closely in his family. And not one single person, including my ex-husband, reached out to acknowledge anything.”

In her latest podcast, the Georgia native encouraged listeners to follow her lead and try to reconcile with family members if possible. “I will say nothing is worth being estranged from your family,” she said. “Like, swallow your pride, get into your Bible, have the conversations, because that is all time that I will never be able to get back.”