League of Their Own’s D’Arcy Carden: Rosie O’Donnell Was ‘Magical’ on Set

Doris was always a talker! The Rockford Peaches may huddle in their locker room before hitting the field, but it was Rosie O’Donnell who they surrounded in-between takes of Prime Video’s A League of Their Own.

‘A League of Their Own’ TV Series: Everything to Know

Abbi Jacobson and D’Arcy Carden lead the upcoming sports comedy-drama, which premieres on Friday, August 12. O’Donnell, 60, starred in the original 1992 film as third base player Doris Murphy, and it was announced last month that she’d be appearing on the show in a different role.

“It was pretty magical. We were pretty thrilled by it,” Carden, 42, exclusively told Us Weekly of having O’Donnell on set. “She just knew what the movie meant to us. She didn’t pretend like it wasn’t a thing because it was a thing. She let us ask a million questions and she told us little behind-the-scenes stories and went into her like Penny Marshall voice and her Madonna voice and everything. And we were just sort of giddy and surrounding her. I remember her little chair was set up and everybody’s chair was spread out throughout the room and by the end of it, everybody’s chair was right up against her. Like story time. We were thrilled to have her. She was amazing.”

‘A League of Their Own’ Cast: Where Are They Now?

O’Donnell appeared in the beloved film alongside Madonna, 63, Geena Davis, Lori Petty and Tom Hanks, with the late Marshall as director. In the series, co-creator Jacobson, 38, gives nods to the original, but story lines differ within the American Girls Professional Baseball League as topics of sexuality and racism are explored more. 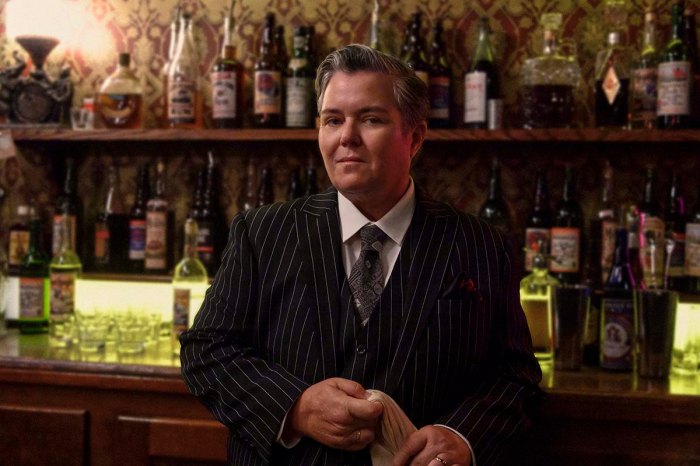 The Broad City and The Good Place alums play Carson Shaw and Greta Gill, respectively, in the reimagined series. The costars have been friends for more than a decade, and their history and chemistry on screen — alongside costars such as Chanté Adams, Kelly McCormack, Roberta Colindrez, Melanie Field and Molly Ephraim — is a home run.

“It’s such a strange thing to get all this time together as a team before we started shooting like that. I don’t know in what situation I’ve ever gotten to do that before,” Carden tells Us of the training. “Usually when you meet a cast, it’s often on set or sometimes it’s like the day before at a table read and you have to sort of, like, fake all this chemistry. And we got months of playing baseball together and months of these early morning training sessions. And we really came together as a team and supported each other and had to be vulnerable with how good or not good we were at baseball and how to get better. We really relied on each other and leaned on each other. To bring that to the show, it was almost like the acting was an afterthought. Or this show was an afterthought. We were like this baseball team that happened to be on a show together. It was really fun. I know I can feel it. It was so easy to act with them because this was just my team that I had been with for so long.” 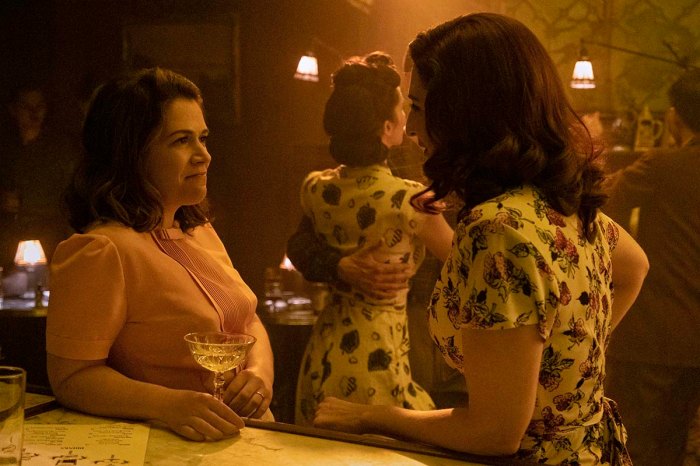 Although the series detours away from the movie, Carden can relate to Davis and Petty’s sisters Dottie and Kit.

“I’ve watched it a million times. What’s funny is I definitely thought of myself as a Kit. But I recently watched it a couple weeks ago and I was like, ‘Oh wow. I’m really finding myself relating to Dottie more.’ Which I know happens as we age, we relate to different characters, you know? And I think Abbi is so scrappy and she has some real Kit vibes, but she’s a leader and she can be kind of stoic. It’s funny. I feel like I’m a little bit Kit and a little bit Dottie. And I feel like Abbi’s a little bit Kit and a little bit Dottie. But like the other sides of them,” she says, laughing. “The two of us make up the two of them. There’s someone for everybody in that movie. It’s so exciting to have anything in the world of A League of Their Own [so] getting to do the show is beyond surreal.”

A League of Their Own premieres on Prime Video on Friday, August 12.