La La Anthony has longtime pal Kim Kardashian’s back after she received criticism for throwing a lavish birthday party on a private island amid the coronavirus pandemic.

“I don’t really think too much about [the backlash]. I just know we live in a world where people are gonna have something to say about everything,” the former MTV VJ, 39, told Entertainment Tonight on Monday, November 2. “There’s something that’s gonna be said about everything. You wear a black top, you shoulda wore a red one. You wore a blue top, why didn’t you wear the black one? It’s just the world we live in and I don’t really get too caught up in that.” 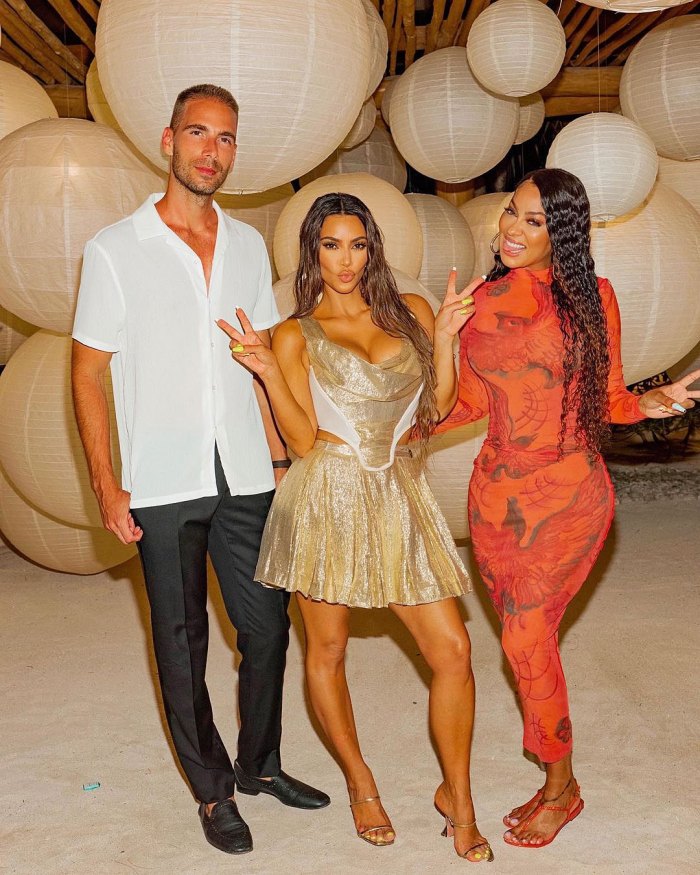 The Power actress said that she was “in awe” of the “great” experience. “I’m really so appreciative to her for allowing all of us who were included to have such an amazing experience especially again in the middle of everything that’s going on,” she explained. “It’s nice to just take that little break from the chaos and be able to step away and just genuinely have a good time.”

Anthony added that the occasion was an example of Kardashian’s willingness to go “above and beyond for the people she loves and cares about.”

For the KKW Beauty mogul’s 40th birthday in late October, she flew her family and close pals out to a private island to celebrate her milestone. In an Instagram post filled with photos from the bash, Kardashian said that her guests underwent “multiple” health screenings and were asked to quarantine for two weeks before the trip, during which the group was able to “pretend things were normal just for a brief moment in time.” 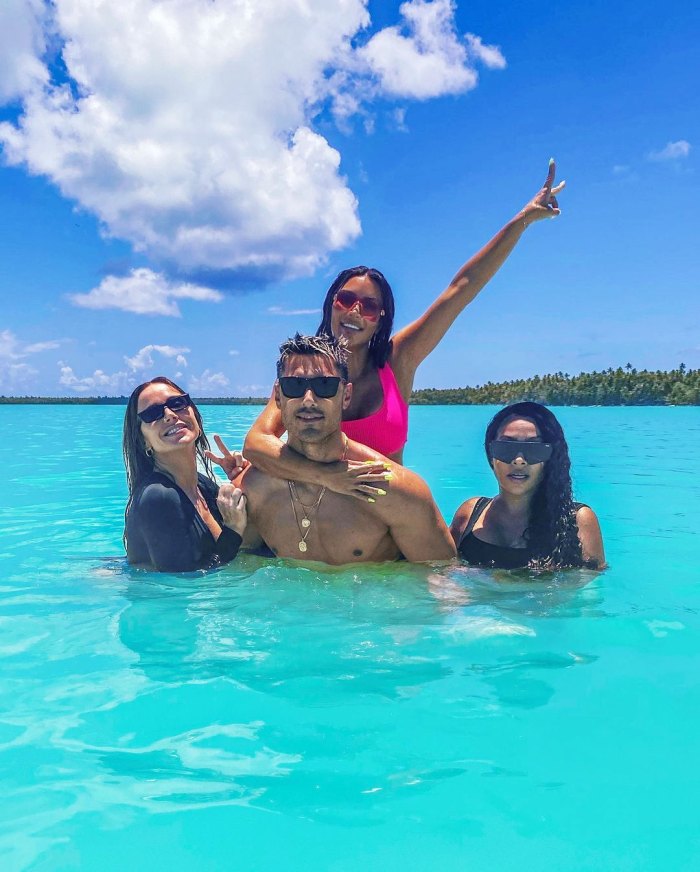 Kourtney Kardashian, Khloé Kardashian, Rob Kardashian, Kendall Jenner, Kris Jenner and Scott Disick were among those in attendance. Us Weekly exclusively revealed that Kim’s husband, Kanye West, had “arrived late because of work commitments but was there the last few days of the trip.”

The businesswoman’s youngest sister, Kylie Jenner, couldn’t make it because she was “tied up with other commitments,” an insider told Us while noting that “they are obviously still incredibly close” and that there’s “no drama” between them.

Critics were quick to slam Kim and her guests for their insensitivity as many are suffering globally from the COVID-19 crisis. Additionally, there were several light-hearted critiques of the gathering across Twitter in meme form as dozens of people mocked Kim’s Instagram statement with pop culture references including Midsommar and Parasite.

Not long after Kim’s brush with criticism, Kendall, 25, faced scrutiny for throwing a large star-studded Halloween-themed birthday party. Hailey Bieber (née Baldwin), Paris Hilton and Jaden Smith were among those on the guest list.

“We’re dealing with lots of people that have different opinions, and all we can do is live our lives the best way we know how and be responsible and do the right thing — and we’re doing that,” the momager, 64, said on SiriusXM’s Andy Cohen Live on Monday, in defense of Kendall. “I think I am very sensitive to what’s going on. Believe me, you know, I’ve really tried so hard. We are very lucky to work in an industry where we get tested once or twice a week.”