Kylie Jenner Claps Back at Troll About Her ‘Plastic’ Halloween Costume

Standing up to the trolls! Kylie Jenner clapped back at a person who criticized her and her friends’ “plastic” appearances as they showed off their Halloween costumes.

The Life of Kylie alum, 23, shared a video via Instagram on Thursday, October 29, of herself and her squad posing in their Power Rangers costumes. One person commented on the post, “SOMEONE SAID PLASTIC RANGERS PLEASEEEE.” Jenner quipped back, “and we love recycling.” 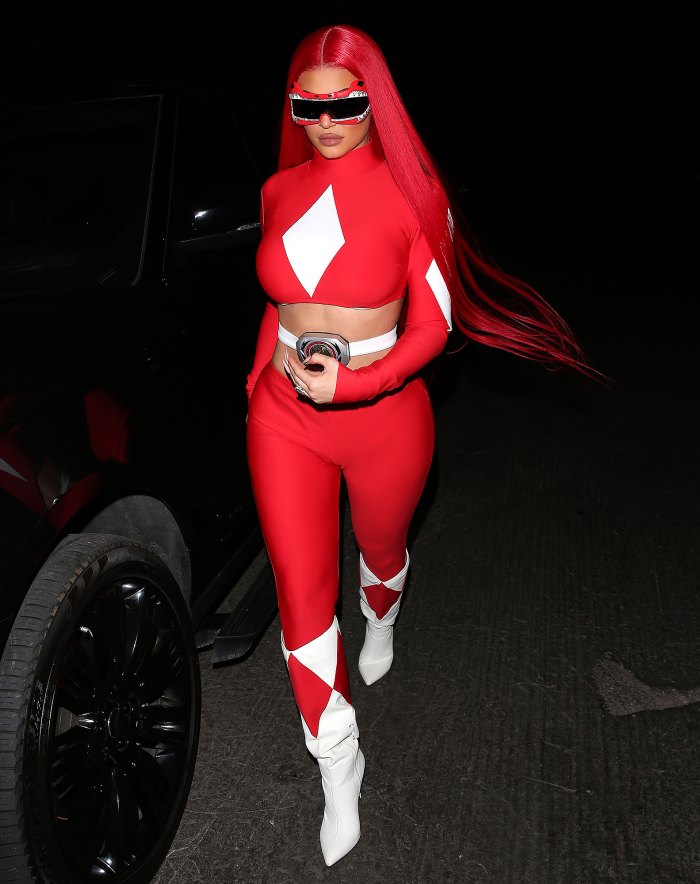 Jenner channeled the red Power Ranger with red pants, a matching crop top, a red wig and high-heeled boots. Her pals — including Anastasia “Stassie” Karanikolaou and Victoria Villarroel — emulated the other Power Rangers with skintight mini dresses and colorful wigs.

The Kylie Cosmetics founder reflected on her past Halloween costumes in a video with YouTuber James Charles posted on Tuesday, October 27. Jenner said she “liked” being a life-size Barbie doll and Ariel from Disney’s The Little Mermaid. As for her Halloween costume this year, Jenner teased that she “can’t tell” because she hasn’t “told anybody” about her costume yet.

The Greatest Kardashian-Jenner Halloween Costumes of All Time Read article

However, the Keeping Up With the Kardashians star did share how her family plans to safely celebrate the holiday amid the coronavirus pandemic.

“Since Halloween is ‘canceled,’ we can’t trick or treat or anything. We — me and [my sister] Kim [Kardashian] — decided to do something really special at her house,” she said. “We’re gonna have all the cousins over and I think we’re gonna do, like, fake little houses in our backyard so they can, like, trick or treat.”

Jenner added, “[My daughter] Stormi loves Halloween. She’s been talking about it for the last two months, she was so excited. She wants to be a minion [from Despicable Me].”

Earlier this month, the makeup mogul kicked off the Halloween festivities by transforming her mansion into a spooky wonderland to the delight of her 2-year-old daughter Stormi, whom she shares with ex Travis Scott.

Last year, Jenner and Stormi dressed as superheroes when the E! personality threw a kids’ Halloween party with a ghost bounce house, a pumpkin-decorating station and bales of hay.

Jenner’s other iconic Halloween costumes include when she paid tribute to Christina Aguilera in 2016. The entrepreneur and Karanikolaou, 23, also recreated Britney Spears and Madonna‘s iconic looks from the 2003 MTV Music Video Awards.

Read More: Kylie Jenner Claps Back at Troll About Her ‘Plastic’ Halloween Costume