Still his No. 1 supporter! Kristen Bell threw her support behind husband Dax Shepard less than a week after he revealed that he relapsed on his 16-year sobriety journey.

“My 2 favorite guys,” the actress, 40, captioned an Instagram photo of the Parenthood alum, 45, in bed with their dog on Wednesday, September 30. She added a purple heart emoji for good measure.

Shepard admitted during the Friday, September 25, episode of his “Armchair Expert” podcast that he strayed from his sobriety. He explained that he was taking Vicodin after his August motorcycle accident, but his battle with pill addiction began in 2012.

“Eight years into sobriety, I had not done a single shady thing,” he said. “In 2012, my father was dying. He got diagnosed with cancer in August and then he died December 31. I was going back [and forth] nonstop to do all the treatments with him and take him to chemo. … I also got into a motorcycle accident going to work on Parenthood [at the time]. I immediately called my sponsor, and I said, ‘I’m in a ton of pain and I gotta work all day. And we have friends that have Vicodin.’” 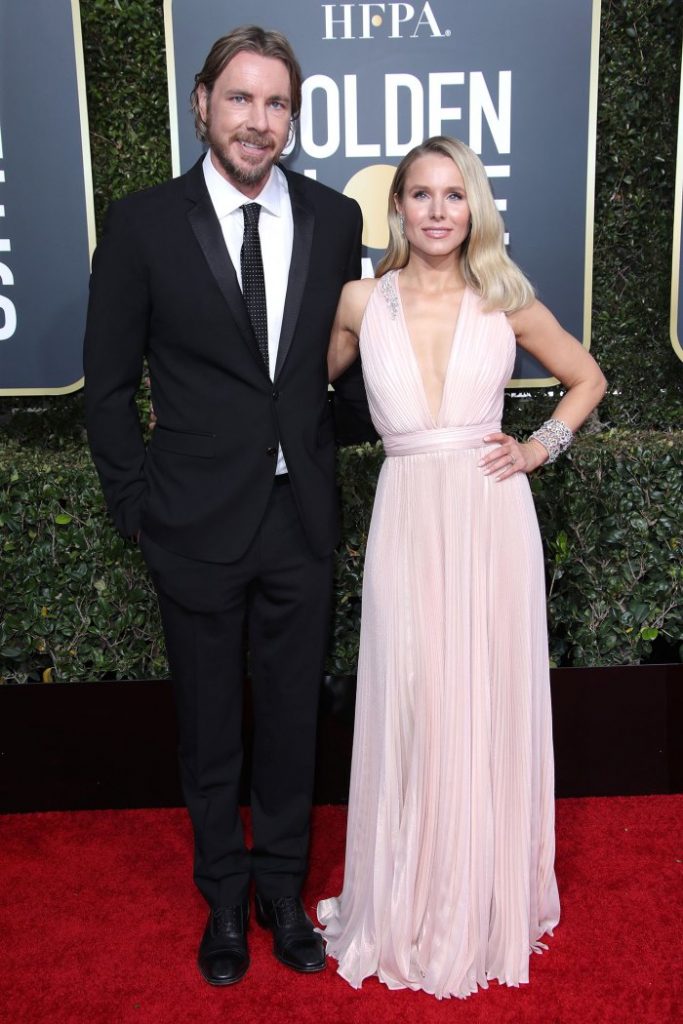 Bell was initially in charge of administering the prescription, but Shepard confessed that he took some Percocet intended for his father during a trip without the Veronica Mars alum. He told her what happened at the time and she comforted him, encouraging him to seek help.

Us Weekly reported earlier this week that the Good Place alum reacted to the news as well as possible. “Eventually, he couldn’t hide it from her any longer and he had to come clean. She was nothing but supportive and there’s no blame or anger on her side — just love, care and determination to get through this together,” a source told Us. “Her heart aches for Dax after what he went through with his dad, and she’s beyond proud of him for turning his life around whilst openly addressing his demons head-on.”

Shepard and Bell, who share daughters Lincoln, 7, and Delta, 5, are “both fully confident everything will be OK,” the source added.