Kristen Bell, Dax Shepard’s Kids ‘Graduated’ to Sleeping in Their Own Rooms 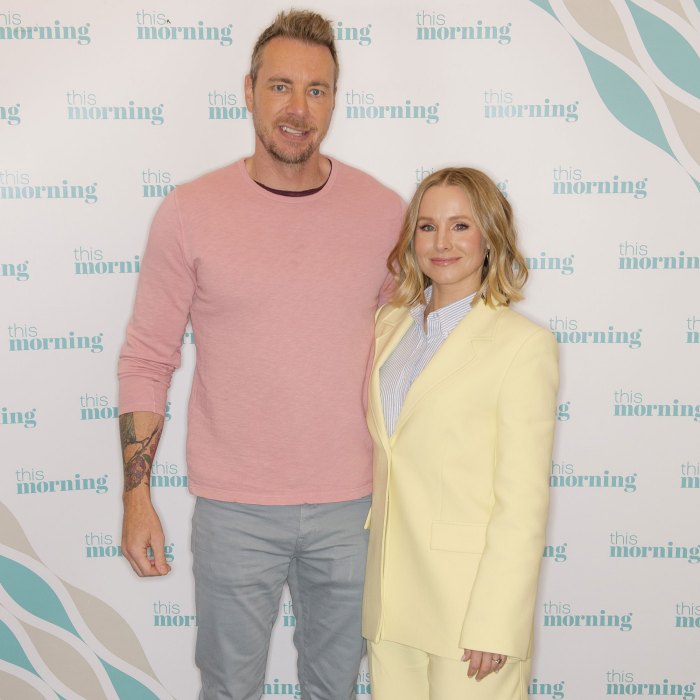 A major accomplishment! Kristen Bell opened up about getting daughters Lincoln, 9, and Delta, 7, to finally sleep in their own rooms.

Celebrity Moms Who Love Co-Sleeping With Their Kids Read article

“We just graduated from them sleeping on the floor on this trifold mattress. So you can congratulate me,” Bell, 42, who shares her kids with Dax Shepard, told E! News on July 22. “We did it, they now sleep in their room on beds right next to each other and they cuddle with each other instead of us.”

The actress noted that sleep gummies helped make the transition easier on their family.

“It would knock them out quicker and they’d be great,” she added. “We do not want to go to sleep when they want to go to sleep, so we would hook up our headphones by Bluetooth to the television, put on a show and they would be on the floor, like, trying to fall asleep. So, that’s how we got out of having to go to bed at the same time.”

According to The Good Place alum, her children still have plenty of milestones to reach though. “I desperately tried to get them to pack their own lunch, but it does not always work,” Bell added. “It’s like, ‘OK, you didn’t like what I packed, you pack your lunch.’ And I looked in and it was, like, literally all Skittles.”

Bell, who married Shepard, 47, in 2013, previously explained why she felt it was “very important” to have her kids share a room.

Celebs Who Have Discussed Their Shower Habits Read article

The Bad Moms star continued: “They go to bed at 7:30, so we will go into the bedroom at 7:00 and have a Supreme Court debate about whether or not they should brush their teeth.”

Bell and Shepard’s parenting made headlines last year when the couple revealed that their daughters have gone “five or six days” without a bath. “Once you catch a whiff, that’s biology’s way of letting you know you need to clean it up,” the Michigan native said during a joint interview on The View in August 2021. “There’s a red flag, because honestly, it’s just bacteria. And once you get the bacteria, you gotta be like, ‘Get in the tub or the shower.’”