Kourtney Kardashian dressed up as the fairy godmother from Cinderella and people have questions. Sharing a photo with her 103 million Instagram followers, Kourtney sat on the stairs while wearing the costume and smiled sweetly as she looked to the side. Artwork featuring Mickey Mouse was seen on one wall. Kourtney captioned the photo with a simple; ‘Your fairy godmother.’

Fans were confused as to why Kourtney was dresssed like a fairy godmother and in costume, no less, but some noticed that the Rob Kardashian Official account had commented on the picture. The account (that is said to be run by Kris Jenner as Rob was banned from the platform due to allegedly posting intimate images of ex Blac Chyna. The account posted a series of emojis including heart eyes. Because Rob commented on the photo, some think Kourtney may have been dressed like a fairy godmother for Dream Kardashian’s fourth birthday.

Kourtney Kardashian Celebrates Her 39th Birthday – Did Younes Propose As Fans Were Expecting? »

Some wondered if Kourtney was sharing a late Halloween photo, but that doesn’t seem likely. Kourtney dressed up like a Hot Dog on a Stick Girl and shared a photo album with pictures of herself wearing her costume. Though it isn’t uncommon for the Kardashians to wear more than one costume on Halloween, they often share plenty of photos so that their fans have a better understanding of each look.

KUWK: Kylie Jenner Would ‘Love’ To Get Pregnant By The End Of This Year – Here’s Why! »

Additionally, Kourtney shared photos of her neice North and her son Reign rocking out in their costumes and she hasn’t shared anything with her children that would suggest they dressed like Cindereall or Disney characters.

You may see the photo of Kourtney Kardashian as she wore the fairy godmaother costume below. 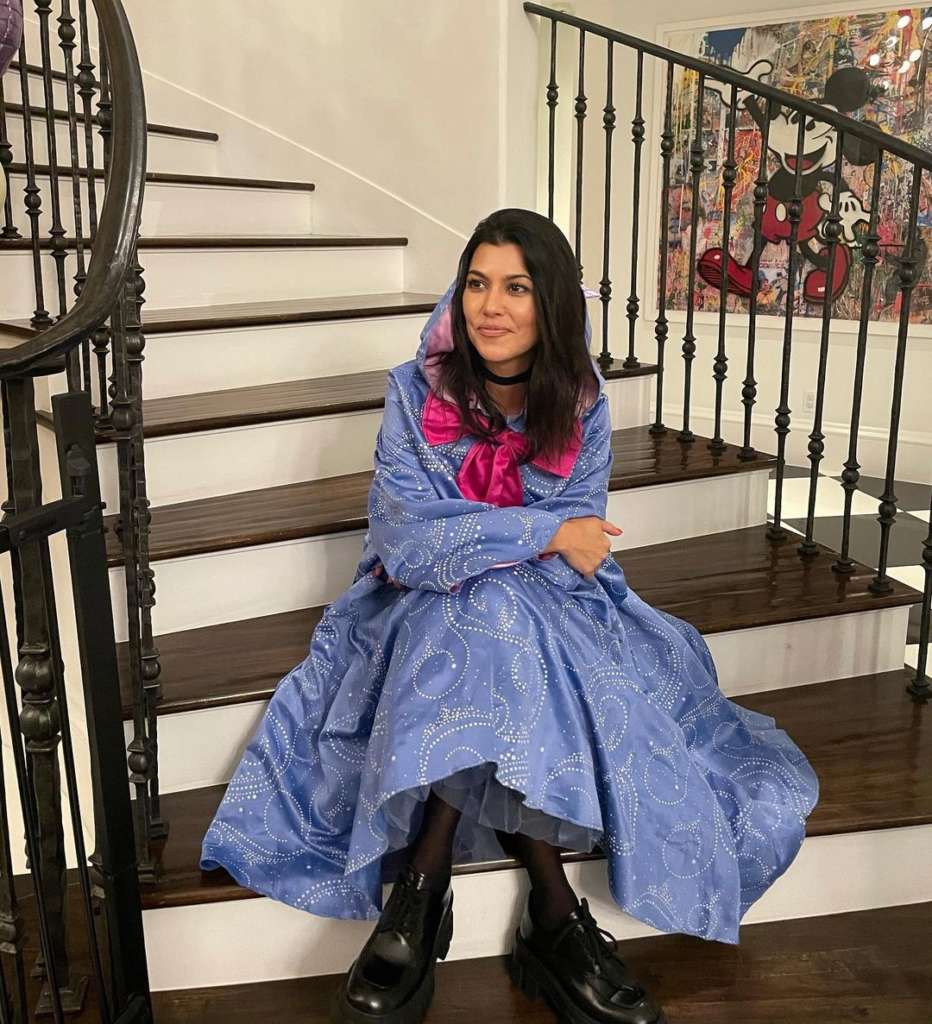 The costume that Kourtney Kardashian wore is available for sale at the Disney store and is called the Cinderella Fairy Godmother women’s costume. The dress costs approximately $65.

What do you think about Kourtney Kardashian’s photo? Are you curious about why she wore a fairy godmother costume?

Charisse Van Horn is a freelance writer from Tampa Bay. She enjoys writing about celebrities, entertainment, and fashion. Any reproduction of this article outside of Celebrity Insider will be met with legal action by the writer.

Read More: Kourtney Kardashian Dressed Up Like A Fairy Godmother And People Have Questions