Living their best tour life! As Travis Barker rocks out with Machine Gun Kelly on stage, his wife, Kourtney Kardashian, is his No. 1 fan.

“Tour wife,” the Poosh founder, 43, captioned a Friday, August 12, Instagram carousel with Barker, 46, sharing several snaps of the duo backstage at Kelly’s Indianapolis, Indiana, show. In the photos, the newlyweds — who tied the knot earlier this year — embraced before and after he went on the stage.

“Tour life’s better with you 🖤😈,” the Blink-182 drummer replied to Kardashian’s post.

Before Barker — a longtime pal and collaborator of the 32-year-old Good Mourning star — hit the stage, he entrusted his wife for a rehearsal. “Practice makes perfect 🥁,” he captioned Friday footage playing the drums while Kardashian sat on his lap. As he played music, the twosome couldn’t resist making out. 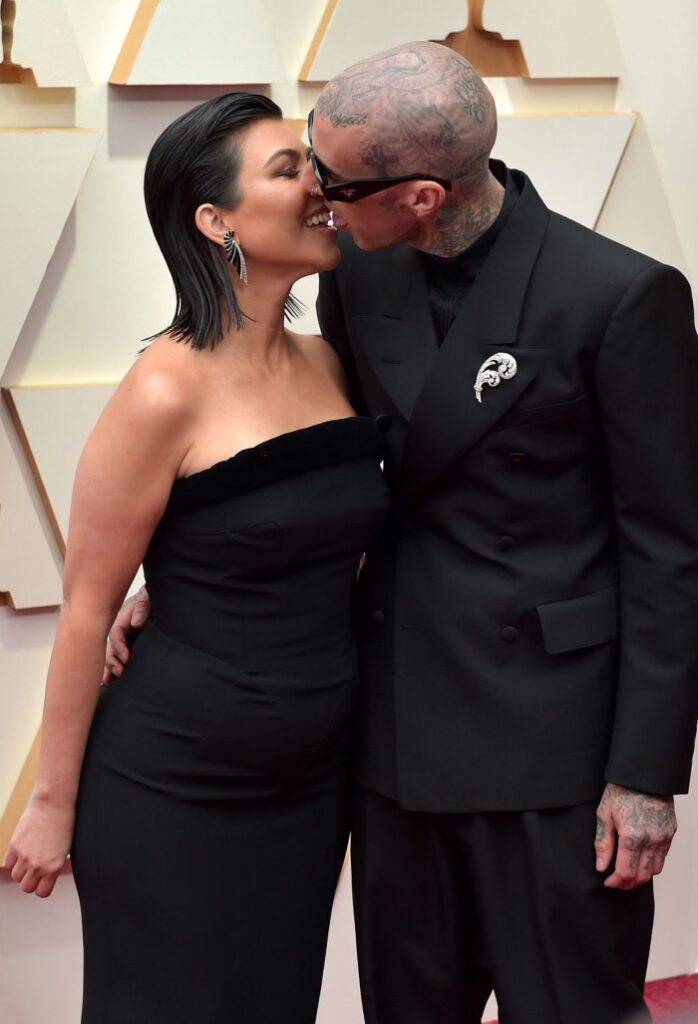 “When you can’t see and you’re still the most 🔥🔥🔥🔥🔥,” the Kardashians star commented on her man’s post.

The “Bloody Valentine” rapper — who announced his engagement to Megan Fox in January — kicked off his Mainstream Sellout tour earlier this summer, frequently enlisting Barker and his son, Landon, for a few musical cameos along the way. (The Meet the Barkers alum shares Landon, 18, Alabama, 16, and stepdaughter Atiana, 23, with ex-wife Shanna Moakler.)

“Against his doctor’s orders AND with a broken thumb, I convinced @travisbarker to come join us for the last couple days,” the Ohio native captioned a Tuesday, August 9, Instagram Story pic with Barker on FaceTime. “Put a middle finger up if you’ll play LOVE RACE with us tonight. [It] looks like a middle finger.”

Both the DTA Records founder and Kardashian were eager to support Kelly — who attended their Italian nuptials in May — but that didn’t slow down their PDA-heavy ways. The married pair couldn’t help getting hot and heavy at MGK’s St. Louis, Missouri, concert on Thursday, August 11.

In addition to their tour life, the Hulu personality and the rocker — who wed in Italy in May following two ceremonies stateside — have been focused on their deep connection.

“Kourtney and Travis are stronger than ever, especially after his health scare,” an insider exclusively told Us Weekly last month, noting his recent pancreatitis bout has brought them closer. “They’re truly enjoying this new newlywed phase.”

The source added that Kardashian “cares about him deeply” and the pair have been “inseparable and have barely spent time apart since the wedding.”