Kourtney and Kim Kardashian Joke Penelope, North Are ‘Much Cooler’ Than Them

“So much cooler than us @kimkardashian,” the Poosh creator, 41, captioned an Instagram photo of the little ones standing on a staircase in matching looks. The cousins rocked baseball caps, sunglasses, puffy coats, crop tops, sweats and snow boots in the social media upload.

Penelope and North are “real friends,” Kim, 40, wrote via Instagram in 2016. The pair have celebrated multiple birthdays together, from a unicorn birthday in 2018 to a Candy Land-themed bash the following year. 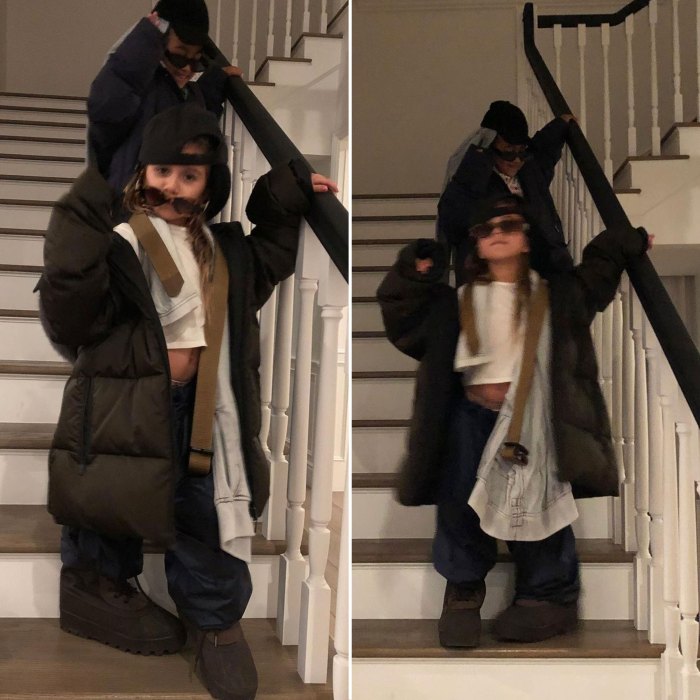 Kourtney and Kim even got their daughter’s “sister” puppies in 2017. Penelope named hers Honey, while North’s is Sushi.

Kourtney and her ex Scott Disick are also the parents of sons Mason, 10, and Reign, 5, while Kim and husband Kanye West share Saint, 5, Chicago, 2, and Psalm, 18 months.

The KKW Beauty creator has ruled out having a fifth baby amid the coronavirus pandemic. “Being at home with four kids — if I ever thought for a minute that I wanted another one, that is out the door,” the Selfish author explained during an April appearance on The View. “It’s really tough.” 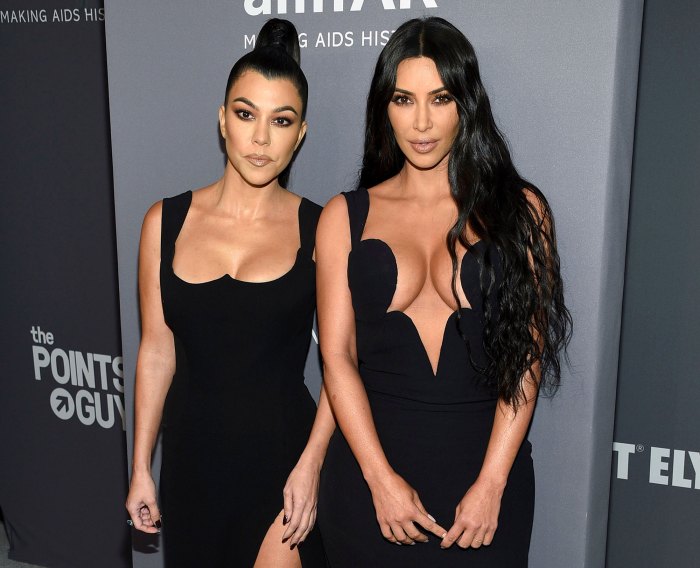 The Skims creator added at the time: “I actually love that time because we do travel so much in our regular world that this has been [great]. I think the family bonding part of it all — [we’re] going on walks outside [and we’ve] watched every single movie you could possibly imagine.”

Her and West’s family quarantine played out in a November episode of Keeping Up With the Kardashians, and Kim felt like an “awful mom.” She told Khadijah Haqq over the phone that she didn’t “care” about her youngest daughter crying in another room, explaining, “It’s just, like, I can’t.”

The rapper, 43, was quarantined in their master bedroom at the time while battling COVID-19. “I think it’s just really overwhelming because every last task is my responsibility and it’s really hard to juggle it all with four kids,” Kim said in a KUWTK confessional. “This is the first time I’ve really had to do everything myself.”

Read More: Kourtney and Kim Kardashian Joke Penelope, North Are ‘Much Cooler’ Than Them