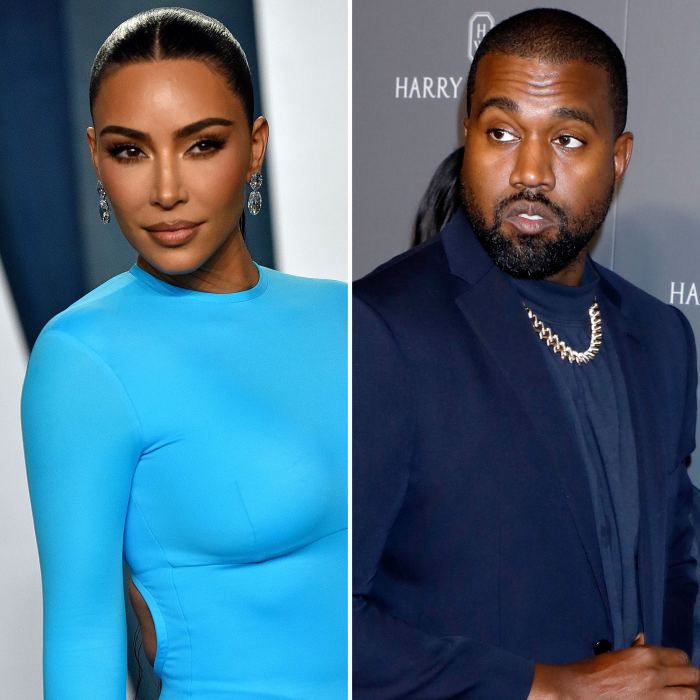 More than meets the eye. Kim Kardashian may have hinted at how tumultuous her relationship with Kanye West was — but the reality star isn’t ready to share all the details just yet.

“There’s a lot more to Kim and Kanye’s relationship that people don’t know about,” a source exclusively tells Us Weekly. “Things that happened behind closed doors and in private conversations.”

Even though a lot of the former couple’s life together “was not captured on film,” the insider noted that there is more to the story. “Even some of her closest friends don’t know,” the source adds. “Kim will share the truth and speak more about her past once she’s ready.”

After nearly seven years of marriage, Kardashian, 41, filed for divorce from West, 44, in February 2021. Later that year, the Skims founder opened up about the issues that the pair couldn’t work through.

“I just honestly can’t do this anymore. Why am I still in this place where I’m stuck for years?” she said during an episode of Keeping Up With the Kardashians in June 2021. “I can’t do that. He should have a wife that supports his every move and travels with him and does everything, and I can’t. I feel like a f–king failure. It’s my third f–king marriage. Yeah, I feel like a f–king loser. But I can’t even think about that. I want to be happy.”

The businesswoman, who shares North, 9, Saint, 6, Chicago, 4 and Psalm, 3, with the rapper, continued to elaborate on the private ups and downs in their relationship.

“We always tiptoe around each other’s situations because we don’t want to meddle. And I respect that no one came to me during my marriage and was like, ‘Are you good?’ Everyone let me have my own journey and see that on my own,” Kim told her sister Khloé Kardashian during an episode of The Kardashians on Thursday, June 16. “I appreciate that [everyone didn’t step in] but sometimes I look back and I am like, ‘When do we jump in?’ That is what I am so unclear about.”

According to the California native, there were aspects of her life with West that she chose not to make public. “If people knew what my relationship really was like I think they would be like, ‘How did this last this long?’” she added. “But I can live with myself knowing that I tried everything humanly possible to make a situation work and so I can walk away feeling absolutely guilt free.”

Kim’s recent comments come after she previously addressed her coparenting relationship with the Yeezy designer.

“We went about eight months without even speaking to each other at the beginning of the divorce. And then, you know, we started talking again and I went to the Donda premiere,” the KKW Beauty founder said on the “Not Skinny But Not Fat” podcast in April. “I mean, he would still see the kids and stuff, him and I just took a minute of not talking and I think in all relationships, it’ll be like that.”

At the time, Kim pointed out that staying in each other’s lives meant having a new normal. “We don’t really communicate, but I think that’s OK sometimes,” she admitted. “And I think that we will. We always will. That’s just who I am. I spent a decade of my life with this person, and I just have so much love for him. So that’ll never change, but it doesn’t mean that they’re the right one for you and that’s OK too.”